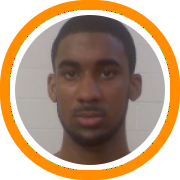 Thursday is NBA Draft night and the 2013 Draft is especially interesting for New England fans as a number of the top prospects to come through our region in recent years could very well hear their name called tonight.

Here’s a look at some of the top possibilities:

Nerlens Noel – The Everett native and former Tilton and BABC star is the odds on favorite to be the first overall pick in the draft and a consensus top two pick, despite tearing his ACL mid-way through his freshman season at Kentucky.  His offensive game remains a work in progress, much like it was when he last left New England, but Noel solidified his reputation as an incredible defender during his season at Kentucky, not just blocking shots but also picking up steals and showing his general mobility and instincts.

Michael Carter-Williams – The former St. Andrew’s and BABC guard had a breakout sophomore season after learning behind the likes of Dion Waiters as a freshman.  Now MCW, as he was known during his New England days, appears to be a virtual lock for the lottery.  ESPN currently projects him as going anywhere between picks 5 and 14, while there have also been rumors about Orlando liking him a lot.  The Magic have the second pick behind Cleveland.

Steven Adams – He made his American debut when he arrived mid-season at Notre Dame Prep last year, and while he failed to dominate as expected during his freshman season at Pittsburgh, the now one-and-done prospect could still find his way into the lottery tonight.  ESPN currently projects him anywhere between 7 and 14 with the Kings, Blazers, Sixers, Thunder, and Jazz having the most interest.

Ricardo Ledo – A Rhode Island native who starred with South Kent and Expressions Elite but missed his freshman season at Providence, Ledo is making significant buzz as a potential first round pick.  Projected anywhere from 24-35, Ledo has drawn strong interest from the Knicks, Clippers, Timberwolves, Spurs and Thunder because of his versatile combination of physical tools and basketball skills.

Jackie Carmichael – This former South Kent big man was a role player on Kelvin Jefferson’s first Cardinal team that also included the likes of Kevin Parrom, Omari Lawrence, Mike Burwell, and Ryan Brooks before moving on to Illinois State.  Now, the potential to play that role at the highest level has him listed as the 43rd best prospect on ESPN’s big board.

Phil Pressey – The former Cushing Academy and BABC point guard might not have finished his high school career in New England, but definitely played the majority of it here.  A dynamic playmaker with a flair for the dramatic, Pressey left Missouri with one year of eligibility remaining and looks like a probable second round pick as the 47th prospect on ESPN’s big board.

Erik Murphy – A Rhode Island native who previously starred with St. Mark’s and the New England Playaz, Murphy proved himself to be one of the best perimeter shooting big men in all of college basketball in recent years.  He’s the 58th rated prospect on ESPN’s big board and also the 13th best power forward, but would be especially appealing for a team that already has a low post anchor.

James Southerland – A product of Notre Dame Prep, Southerland saw his role continue to grow throughout the course of his career at Syracuse.  A six-foot-eight perimeter forward with good length, he’s got offensive value and defensive potential alike to intrigue teams at the NBA level.  Now it’s just a matter of whether or not he hears his name called.

Alex Oriakhi – It was just two years ago that the former Tilton and BABC star was helping UConn win their 3rd national championship and hearing his name mentioned as a potential lottery pick.  Now, he’s amazingly not even listed among ESPN’s top 100 prospects, but with all of his size, athleticism, and defensive potential, it’s hard to believe he isn’t on anyone’s radar in the second round.