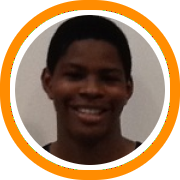 Bess was relatively unknown until a little over a year ago, when he made his AAU debut with MB Nation.  While his natural talent was immediately noticeable, he’s made huge strides since then to become a more complete player and versatile offensive threat.

That hard work paid big dividends during his junior season as Bess put up huge scoring numbers, etching his name into the record books and ultimately leading Penquis to a Class C state championship.

He landed his first division I offer shortly following the conclusion of the high school season, and was presumably poised to add more, before his commitment to Stonehill.

Skyhawks head coach Dave McLaughlin has made a habit of landing important verbal commitments early in the recruiting season, and Bess is just the latest example, following in the footsteps of current freshman Adam Bramanti.

Bess provides Stonehill with a long and athletic swingman who has instinctive economy of motion off the dribble and has also become a player capable of making shots in bunches from behind the three-point line.

Despite his consistent production on both the high school and AAU levels, Bess is a player whose best basketball is very clearly still in front of him, as he continues to fill out his frame and get more experience against top notch competition.

At Stonehill, he’ll have a unique opportunity, not just to make an immediate impact during his freshman season, but then to eventually develop into an all-conference caliber prospect in the Northeast 10 Conference.