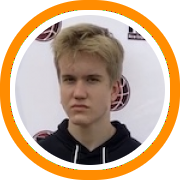 Vermont Academy made a move that few expected last year when they joined Class AAA of the NEPSAC.

In a time when more and more top programs, not just in New England but nationally, are finding reasons to avoid scheduling games against top competition, the Wildcats voluntarily joined the pinnacle of New England prep school basketball.

They also did it in a year when they were younger, with less star power, than ever before. Bruce Brown wasn’t walking through that door last year. Neither was Jordan Nwora, Simi Shittu, or Marcus Santos Silva.

Instead, they willingly walked into the fire with a young team, but are now in a position to benefit from that experience, as their willingness to take on that challenge resonates more than any record they might have accumulated playing lesser competition.

This was the year that they were supposed to reap the rewards with a roster that was experienced and ready to contend a national schedule at every turn.

Then the pandemic hit, and everything changed, for every program.

No one really knows what the coming season will consist of, especially when it comes to the post-season. Simultaneously, scholarships for the next level are harder to come by than ever.

So, Vermont Academy and head coach Alex Popp made a quick and timely pivot, turning their focus on the short-term to college placement, or matriculation, above all else.

It began with the returning senior tandem of Nana Owusu-Anane and Josh Bascoe, who committed to Brown and Bucknell respectively over the summer. Not only are both high-academic institutions but they are also places where both should be capable of thriving athletically.

Owusu-Anane’s recruitment went as high as the AAC before his ultimate commitment to the Ivy League. The long-armed forward established himself as a premier defender as early as his sophomore year while his offense, quickness, and athleticism have been steadily catching up every year since.

Basoce is one of the most skilled guards in the region. He was initially known for his shot-making prowess, and rightfully so, but he’s no less dangerous off the bounce these days as he’s shifty with his handle on a string and the lay-up making package to match.

When this year’s newcomers arrived on campus, the emphasis remained the same. Raekwon Horton, a big wing from South Carolina, made a commitment to the College of Charleston, where he’ll have the opportunity to head back home to a program that has been among the CAA’s best in recent years and a level where he can be an impact player.

Garrett Levesque is a true senior from Texas. He had the opportunity to spend two years in Saxtons Rivers if he were to stay for a post-grad campaign, but given the chance to study and compete at Army West Point, he became the fourth member of Vermont’s 2021 class to commit to a D1 school.

Now, there’s only three players left in the class of 2021 who remain uncommitted. Nate Gryczka is back for his senior year and has made considerable strides. He’s shooting the ball at a high clip and also now able to play through the level of contact he’ll see at the next level. There’s also a pair of newcomers on board in Ward Hamersma, a heady 6-foot-8 big man from the Netherlands, and Billy Reyes, a 6-foot-3 knock-down shooter from New York.

Also back from last year’s team are Chisom Okpara, Keyonte Beals, Ty Higgins, and Omela Mudogo, and they’re all noticeably improved, making the emphasis on player development very clear. Okpara is the most obvious as he’s the best long-term prospect on the team and already holding numerous high-major offers. He may still be just a junior but there are few more physically imposing players in prep school basketball. He’s a bulldozer going to the rim, impervious to contact and able to live at the free-throw line as a result. He’s also made progress with his skill-set and ability to shoot the ball.

The others have all improved along similar lines. Beals and Mudogo look fantastic physically as their year in the weight room has clearly yielded results. Simultaneously, they’ve added to their skill-sets as well. Higgins is a specialist from behind the three-point line, but he’s more able to get it off against quick and physical competition now.

Doherty is a well-known local product who made the move from Acton-Boxboro and brings a good combination of size and skill to mold in the coming seasons. Adams is the latest prospect to come from the program’s pipeline into Canada and is a high IQ, 6-foot-11 big man who impacts the game around the rim at both ends of the floor. Kallio is a true point guard from Finland with very good size at 6-foot-3 who can really handle and pass the basketball. Rose, is the younger brother of former Temple guard Quinton Rose, and loaded with similar long-term tools and talent.

This VA program had already distinguished itself in a number of areas. They’ve won a lot of games, called themselves champions, and produced some of true stars over the years. Simultaneously, they’ve proven their ability to develop players and walked the walk when it comes to playing top competition. This year, they’re adding another chapter to that book, as they’re setting the standard on college placement at a time when young players and families need it more than ever.