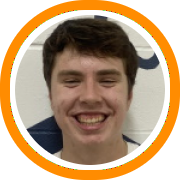 Just when you thought there was nothing else left for Jere Quinn to do in a career that has spanned five generations and included virtually every imaginable honor for a prep school coach, he and his St. Thomas More program have set the standard when it comes to handling the current pandemic.

They got their kids on campus early, tested them, and created a bubble type environment. They were also ahead of the curve in terms of finding other likeminded programs and rescheduling the first semester of their season, so that by the time they went home for an extended Thanksgiving break, they had already played numerous games and scrimmages.

While those early games won’t officially add to more than 1,000 career wins for Quinn, one thing is clear…if we ever do have a competitive end to this year’s prep school season, St. Thomas More will be a program to be reckoned with.

In many ways, this is a classic Quinn team. A handful of previously under-the-radar prospects who are coming together, buying into competing on a daily basis, and in the process, becoming more than anyone anticipated.

Ragland was the first to reach new heights with his September commitment to Cornell, but the other three may not be far behind. The Northwest Catholic alum has always had mismatch potential with his length and soft touch, but he’s gotten significantly stronger and taken his game to the next level this fall.

Snoddy and Melis are both New York natives. Snoddy is a powerful athlete who has arguably been the team’s most consistent player day-in and day-out this fall. Melis may be the group’s best scorer. He missed most of his senior season with injury, but he’s fully healthy now and proving himself to be a tough and versatile bucket-getter.

Perkins is a Delaware native who showed well last January when his Sanford High School team traveled to the HoopHall Classic in Springfield. He battled through injury to start the prep season but started to hit his stride recently, running the show offensively and showing his ability to make plays defensively.

The two most pleasant surprises on the team are the program’s latest recruits from Japan. Oluwadamilola Mosaku is in his second year here, after playing on the varsity team last year. The long and athletic southpaw guard is a weapon on both ends of the floor and even led the team in scoring at times this fall. Taku Youngblood is an attacking player with an exciting style. He’s 6-foot-1 with a massive 6-foot-8 wingspan.

Kirt Bromley is an ascending 6-foot-5 forward who is cut from a similar cloth as Snoddy with his power and athleticism. Declan Rooney is a 6-foot-3 guard from the Seattle area who has stood out with his high basketball I.Q. and passing ability thus far.

This team also has a seemingly unprecedented number of players from coaching families. Sean Macarchuk, like Mosaku, is back from last year’s team and vastly improved. He’s a high energy player and great ball-mover around the perimeter who knocks down open shots. The grandson of Nick Macarchuk, who was once the head coach at St. Thomas More before going on to lead a trio of D1 programs, Sean is already committed to Trinity College.

Collin OToole, the son of former Fairfield head coach and current Pittsburgh assistant coach Tim O’Toole, is a pure point guard and elite ball-mover with a high I.Q. Mike Parrotta is the son of former Canisius head coach and current Columbia assistant Tom Parrotta, and a tough wing who makes shots and has battled through a shoulder injury this fall. Finally, Taj Chiles, the son of longtime D1 coach and former St. John’s assistant Tony Chiles, is a sparkplug point guard who makes up for his lack of size with a big presence and leadership abilities.

It is actually the two youngest players on the team, Riley Mulvey and Desmond Claude, who may be the best long-term prospects. Mulvey is a defensive minded big man who is hovering around seven-feet and arrived with offers already in hand from the likes of Syracuse, Iowa, and Penn State among others. Claude is in his second year with the program, but first with the prep team. He’s a multi-talented wing right now but has some big guard type potential.

Overall, this is a team that is poised to be a factor in the post-season, if we ever get to that point. If not, they’ve already benefitted from playing for a legendary coach and on a program that has been ahead of the curve in terms of dealing with these unprecedented times.

Stay tuned to NERR tomorrow for more on this program as we will release the full Be Seen Movie Trailer from Hoop Major.