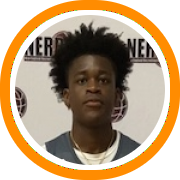 That’s the foundation of HST Basketball.

Coaches Jazz Silva and Ricky Leggett provide unwavering passion and a commitment to developing the fundamentals, skills, and work-ethic of all of their players.

Recently, they brought together all of the high school players in their program for a stop on the Be Seen Tour, and while it was the younger classmen who had the best overall depth, there were prospects in all four classes who made an impression.

Jack Hurley, Hingham – Coming off a junior campaign in which he was named a Patriot League All-Star, the Hingham guard looked like a jack-of-all-trades with his ability to stuff all columns of the stat sheet. He plays both ends of the floor and is an excellent perimeter rebounder with a now solid build. He has good mechanics on his shot, is a willing passer, becoming more of a point guard, and a reported “coach’s dream.”

Tommy Cronin, St. Sebastian’s – A well-built junior forward, Cronin has developed a strong body and is effective inside with both hands or with his back to the basket. He is also showing signs of extending his game away from the paint as he knocked down a couple mid-range shots and was working hard to slide his feet defensively.

Stevens Jociane, Blue Hills – The 6-foot-3 wing plays with an incredibly high-motor. He plays bigger than he is on the glass, uses his length on the defensive end, and is effective in transition. He’s working to hone his jumper and as his skills start to catch-up with his physical tools, his game will go to the next level.

Matt Draheim, Boston College – The southpaw guard has a well-rounded offensive attack but was physically strong enough to compete with the upperclassmen. A smooth offensive player, he shoots it well from the perimeter but was also sneaky quick off the dribble and able to get downhill in the open floor.

Liam Geraghty, Old Rochester – Another underclassmen who had success playing up with the juniors and seniors, his best individual offense came with his pull-up game. Most impressive though was his decision-making ability as he was steady, constantly making the right play, and showing leadership.

Shea Ullo, Bourne – Ullo was already making an impact on the varsity level as a freshman and stood out as one of the best shooters in the HST workout, showing a virtually pure release from behind the three-point line and making shots in bunches from that distance.

Ethan Downey-Lamprey, Norwell – The 6-foot-4 forward is a two-sport athlete who stars on both the hardwood and gridiron. He’s strong, physical, and a workhorse inside who regularly goes for double-doubles. He’s also developing the versatility to work from different spots on the floor and beginning to extend his shooting range. Downey-Lamprey is also credited with being a gym rat and excellent student in the classroom.

Matthew Mullins, Plymouth – Mullins is physically strong for his age with a high-motor. He is physical inside, plays hard on both ends, and can assert himself defensively as well. Offensively, he’s an effective straight-line driver and more than willing passer. More than anything though, Mullins is just a competitor.

Tristan Rodriguez, Braintree – A compact and strong lead guard, Rodriguez is good with the ball and understands how to use his strength and leverage to his advantage off the dribble and is also a crafty finisher. He’s a reliable floor general who knows how to make plays but also understands how to facilitate and can defend the opposition’s best guard.

Michael Porter, Scituate – A skilled young guard, Porter is a growth spurt away from becoming a prospect to know. He not only shoots the ball well but also showed off his ball-handling abilities with his two-ball drill-work. With the fundamental foundation already in place, he should have a bright future.

Chase Mello, Hingham – Mello is similar to Porter in that he shoots it well at an early age and just needs to give his body time to catch up to his game. He has deep range, understands how to move without the ball, and is a reported gym rat. He also brought consistent high energy, communication, and was very coachable.