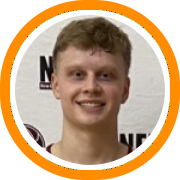 All Mike Shelton has ever done in the prep ranks is win.

He spent two years as the head coach at Williston Northampton School…and won a NEPSAC Class A championship in both years.

Then he went to Indiana to take over a storied program at Park Tudor High School in Indianapolis.

Two years ago, he returned to New England to take on another rebuilding project in Governors Academy, a program that needed to be built from the ground up in the highly competitive Class B of the NEPSAC.

That first year, without a recruited player on the roster, Governors overachieved to a 13-12 finish. Last season, Shelton welcomed a collection of new talent and led the team to a breakout 18-8 campaign, finishing second overall in the ISL.

The 2019-20 campaign was just a starting point though as his blueprint was designed to not skip any steps. To the contrary, Governor’s window will be open for multiple years, building around the core of Will Batchelder and Holden Symonds.

Batchelder and Symonds arrived as a sophomore and freshman respectively last year. They were both immediately impactful and have already taken their games to entirely new levels with only more growth undoubtedly still to come.

Batchelder is one of the elite shooters in all of New England. After coming up the ranks and making a name for himself as an undersized flame-thrower, his body has now begun to catch-up. He’s grown a couple inches, added some cut to his frame, and developed a quicker and more compact release while simultaneously diversifying his attack and starting to transition into a lead guard all at the same time. He put up 16 points per game last year while earning both All-NEPSAC and All-ISL honors and is set to play a truly leading role this year.

Symonds is one of the most mature underclassmen in the region. While most celebrated youngsters are ripe with potential and upside, his story is more about production. He’s battled some nagging injuries over the course of the last year, but between that and the pandemic, he’s only been able to dedicate more time to the weight room. The results speak for themselves. He barely looks like the same player after putting on 25+ pounds of muscle mass. He’s able to impose his will, both around the basket and off the dribble, against players two years his senior while simultaneously continuing to develop his face-up game.

While Batchelder and Symonds may be the focal points of opposing scouting reports, depth is one of Governor’s top assets, including an ultra-reliable cast of seniors.

Drew Sachs, who is already committed to Bates, provides a proven shot-maker and steady guard in the backcourt. He was another double-figurer scorer a year ago after shooting over 50% from the floor and 40% from the three-point line. He too has built up his body in the 11 months since and is all the more capable of impacting the game now.

Peyton O’Leary is a two-sport star who doubles on the gridiron but is a reliable shooter and contributor in the backcourt while Veer Yadav provides another physically strong and experienced guard to solidify the team’s perimeter depth.

Liam Dunfee is a senior forward ready to make increased contributions this year as well. He’s physically strong and fundamentally sound with a good feel for the game. He’s also learned what it means to truly compete since arriving at Governor’s and is now headed to Bryant next year, where he’ll join the team as a recruited walk-on.

Marcus Bucknall is another physically strong and broadly built forward who can create all kinds of mismatch problems. He has a soft touch around the rim, an expanding offensive game, and a good nose for the ball coming off the glass. He also remains unsigned and under-recruited.

The junior class is headlined by a pair of very intriguing forwards in 6-foot-7 Kalu Anya and 6-foot-8 Ryan Rudnick. Anya is back for his second year and on the verge of a breakout season. He’s long and powerful with a great build and rare ability to put the ball on the floor and attack at his size. Rudnick is a Canadian native in his first year with the program. He’s fluid and mobile with athleticism and touch alike, just undeveloped physically, and given the gains that so many others in this program have made in the weight room, he’s come to the right place.

The rest of the junior class consists of: Mason Zernich, a hard-nosed a tough guard; Cade Sachs, an undersized spark-plug; and Tristan Aboud, a versatile 6-foot-3 forward.

In total, it’s a team that was built to contend in Class B of the NEPSAC – this year, next year, and for the foreseeable future.