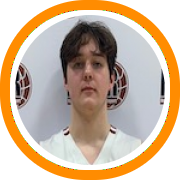 Yesterday, our latest Be Seen recap focused on the Middlesex Magic as we broke down their class of 2021, which is poised to surpass the 30 players they sent on to the college ranks a year ago.

While both the depth and scholarship level talent in the Magic program is at an unprecedented level right now, the class of 2022 is a big reason why, as it could be the best the program has ever had according to program director Michael Crotty Jr.

There are already five rising juniors with early D1 offers on the board. Dom Campbell and Josh Morissette both missed last week’s workout with injury but are already well-known products who will join forces at Phillips Exeter next year. Campbell is a Maine native with good size and skill who started to emerge last fall shortly after he starred on the Open Gym Series. Morissette is a tough and smart wing who shoots it from three. The others include:

Will Batchelder, Governors – He landed offers from George Washington and Brown after a breakout summer with the Magic last year and he’s continued to add to his game since. “Batch” is a high-level shot-maker from behind the three-point line with a quick release and a lot of confidence, and even some flair, to his game.

Brady Cummins, Brooks – His progression since the fall was immediately apparent. He’s bigger, more explosive, and still just scratching the surface. The big wing has also reportedly been among the Magic’s best defenders this summer. UNH and Bryant have offered but it’s probable that recruitment and reputation will only continue to grow.

Aidan Cammann, Andover – He may be one of the program’s best long-term prospects in the class and while he started to put the pieces together this year, he too is just in the infant stages of his emergence thanks to his size and skill. His hometown university, Merrimack, has already offered.

Mike Loughnane, Boston College HS – Loughnane holds an early offer from Bryant but is still relatively under the radar for someone with his combination of perimeter size, athleticism, and skill. In a normal year, he would have been a breakout player this spring and summer.

While those players are the ones who already hold early offers, there were three other underclassmen who stood out:

Trent Mosquera, Belmont Hill – Coming off a huge high school season in which he reportedly put up 24 points, 14 rebounds, and 7 assists, he’s has good size, versatility, and just knows how to play. He also passes the ball as well as he scores it.

Holden Symonds, Governors Academy ’23 – Symonds wasn’t able to go up and down because of a sprained ankle, but the progression of his frame was still obvious. The rising sophomore has clearly been hitting the weight room as of late and was able to put up numbers playing with the u16 team this summer as a result. He too holds an early offer from Bryant

TaQuan Williams, Dexter ’23 – Another rising sophomore playing up at the u16 level, Williams is an extremely quick guard who can get to his spots off the dribble but also was a threat from behind the three-point line and had an even better pull-up game. He looked like a true three-level threat.

Here’s a look at some others who caught our eye: