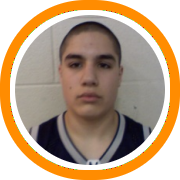 Connecticut Basketbull Club opened the weekend with two commanding victories in pool play and set up their second consecutive match-up with the Connecticut Hoopstars, set for Sunday morning, who also went 2-0 on Saturday to advance out of their pool.

Dennis Levene finished with 18 points against the Westchester Hawks and 14 against Drive 4 Stardum, including five different dunks in the paint.  Gerald McClease and John Papale continued to pace the Hoopstars as McClease had 18 points in both games while Papale had 15 in the opening win over the Rhode Island Hawks and a big game against the Albany City Rocks, scoring 22 points on a combination of his trademark jumpers as well as some strong drives.

MBR looked sharp in their opener, knocking off Connecticut Gold.  While Tyler McFarland and Keegan Pieri both scored in double figures, we were particularly impressed with the play of Graham Safford at the point as he showed a very efficient handle and great poise running the team.

Connecticut Select scored a come from behind win over a talented NEXT Basketball squad from New Jersey to capture their pool.  Select got contributions from a variety of sources as Jakarri McCallop finished with a team high 17 points while Anthony Jernigan and Deshawn Murphy both had 14.  Jernigan showed his customary brilliance handling the ball in addition to a couple of mid-air up-and-under finishes while Murphy came alive in the game’s final minutes to help lead the comeback.

MB Nation was also impressive on Saturday, knocking off Hunting Park Warriors and Hartford Knights to win their pool.  Alex Furness went for 10 points and 11 assists in the opener, running the point for his squad, making open threes, and dropping right handed runners (he’s left handed).  Andrew Shaw and Chris Braley added 14 and 12.  James Ek reminds us a little bit of former New York Knick John Starks in that he can be very streaky from behind the arc, but when he is on there is no stopping him, and the Warriors learned that lesson the hard way as he dropped in seven three-pointers in that game.

Here are some other players who impressed on Saturday:

Ethan ODay, Drive4Stardum – O’Day attempted to set the tone early with an attempted tip-dunk and even though it bounced off the back of the rim his point was made.  He got a chance to redeem himself a few minutes later and didn’t disappoint, flushing a two handed put back when crashing the offensive glass.

Nico Donato, Connecticut Gold – The slasher from Glastonbury was Gold’s most consistent offensive threat early on Saturday morning as he slashed his way to the bucket to the tune of fifteen points.

Jendogji Gates, City Rocks – The Hillhouse product made an unexpected appearance with the City Rocks and showed well, throwing in a few deep three-pointers and even getting himself inside the paint for a couple of acrobatic finishes.

Oscar Assie, Connecticut Elite – He had 17 points along with numerous rebounds in Elite’s opening win of the day on Saturday.  As athletic as he is powerful, Assie was a man among boys at times inside the paint.

Tylon Smith, Connecticut Knights – Some kids just know how to score and Smith is certainly one of them.  It isn’t that he is blinding quick or explosively athletic, but he simply finds ways to get to the rim and put the ball in the bucket.

Andrej Pajovic, Boston Titans – A keen feel for the game has always been one of Pajovic’s biggest attributes and today that was on full display as he showed a wide array of passes and finishes inside the paint while also consistently knocking down the open jumper.

Phil Gaetano, Connecticut Basketball Club – How about these consecutive assists early Saturday morning: catching the ball at half-court with one hand and rifling a perfectly placed bounce pass to the rim in one motion; a no-look dime over his shoulder with his left hand to Brandon Sherrod for an easy flush in transition; and a second lefty assist, changing hands in mid-air to fool the defense during a 3 on 2 break.