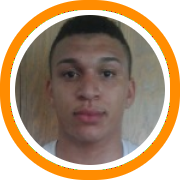 The second and final day of the Ballas T.V. Invitational included five exciting games of action.  Here’s a rundown from UMass Boston:

Two of the top young programs in New England opened Sunday’s action.  Hillside came in as the underdog but fought valiantly throughout the vast majority of the 32 minutes before eventually succumbing to CA’s depth and talent.  Jordan Vidal and Quandarious Roverson earned MVP honors for Commonwealth as Vidal was constantly getting deep into the paint with his penetration and Roverson was overpowering smaller defenders on the wing.  Chris Doherty had a strong game in the middle for Hillside, earning MVP honors along with his frontcourt partner Martin Mann.

An intense Worcester Academy team played 36 minutes of hard defense to hold Kiski to only 34 points and earn the convincing victory.  Matt Cimino continued his strong senior year while sharing MVP honors with Tyreik McCauley who used his strength and athleticism to be a factor on both ends of the floor.  Saul Phiri also turned in a nice performance by knocking down threes and making some nice passes off the dribble.  Kiski was led by Hunter Shelton and Dante Lombardi who shared team MVP honors.

Hoosas sophomore guard Unique McLean returned to the scene of the crime after turning in a huge performance on Saturday.  Virtually a walking highlight reel waiting to happen, the six-foot-guard continued to rise up to make a variety of explosive plays around the rim, while also demonstrating an improved skill set.  He and Charles Wingate took MVP honors.  Brimmer sophomore David Watkins showed continued flashes with increased overall quickness and productivity around the rim.

A back and forth first half gave way to an aggressive run for PSA mid-way into the second half.  An injury to Josh Sharma left NMH vulnerable inside and allowed both Jordan Butler (10 rebounds & 5 blocks) and Chaise Daniels (15 points & 5 rebounds) to both be effective down the stretch while Kyle Menard added 8 boards of his own.  Dalique Mingo had a breakout performance with 19 points in the victory, attracting the attention of a variety of scholarship level coaches.  NMH was led by Aaron Falzon’s 17 points and 7 rebounds along with Daquon Ervin’s 12 points and 7 rebounds, including a pair of threes down the stretch in the midst of an attempt to rally late in the game.

The night cap saw the latest big victory for a St. Andrew’s team that seems to be peaking at just the right time.  With Bonzie Colson continuing to be the focal point of most opposing defenses, Chancellor Ellis got going from behind the three-point line while Andre Berry was able to establish himself on the block early.  Malcolm Smith also came up with one of the highlights of the day with his big dunk in the open floor.  Hyde’s Dexter Thompson had some highlights of his own with a 21 point effort while Kenny Grant shared Team MVP honors with 15 points.