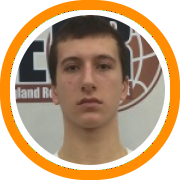 The annual BABC Veteran's Day Classic was held this past weekend in Boston.

The BABC 2017 team was victorious playing up in the junior division while the Middlesex Magic came out of the open division, setting the stage for an epic triple-overtime match-up in the crossover championship.

In the 10th grade division, the BABC 9th grade Gold team played up and split the title with B2TL. BABC was led by the solid performance of Tanajh Pettway (5’11” Central Catholic), Maurice Works (5’9” East Boston), Shandon Brown (5’10” Beaver Country Day), and Cam Ray (5’10” Hillside); all of whom project to be NCAA D1 prospects in time.  Playing well for B2TL were Jared Groff and Nate Freeman from the guard spots. Inside, Marques Boyd and Doug Dahl were effective on the glass. The team MVP was Jonathan Noel who found a way to score all weekend.