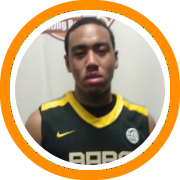 The Nike Elite Youth Basketball League (EYBL) opened their 2013 season this past weekend in Los Angeles.

With the eyes of the entire country fixated on Boston and the manhunt for the Boston Marathon bombing suspects, New England’s two Nike sponsored programs both represented the region well, finishing a combined 8-0 on the weekend.

BABC opened with a 62-60 win over Bluff City Legends on Friday night after Tyler Nelson reportedly drilled the game winner to beat the buzzer.  Tyree Robinson stepped up to provide huge contributions, finishing with 18 points and 11 rebounds (7 of which came on the offensive end) while Bonzie Colson had 13 points and 9 rebounds of his own.  Johnny Joseph appears to have run the show to perfection with 8 assists against just 1 turnover in 22 minutes of action.

Expressions made their EYBL debut with a 67-43 win over Nike Team Louisiana on Friday night.  Abdul-Malik Abu and Jared Terrell led the team in scoring, with 16 and 15 points respectively, despite neither playing more than 15 minutes during the lopsided win.

The fresh legs proved to be beneficial as Expressions earned a pair of hard fought wins on Saturay, first knocking off Oakland Soldiers 66-62 and then Spiece Indy Heat 57-56.  Jared Wilson-Frame stepped up to give the team an offensive spark in both wins, scoring 14 and 16 points, while Abu was also in double figures in both games with 14 and 12.  Cane Broome had a nice showing against the Soldiers, handling out 5 assists against only 1 turnover while Aaron Falzon cracked double figures with 12 points against Spiece.

BABC earned two double digit wins on Saturday, first by knocking off The Family 62-48 and then St. Louis Eagles 66-46.  Nelson picked up right where he left off a night early to finish with 20 points against The Family while Colson (13 points and 6 rebounds) and Robinson (10 points and 8 rebounds) continued to hold down the interior.  The St. Andrew’s forward would put up 21 points on 8-10 shooting against the Eagles while Terance Mann announced his EYBL arrival with 21 points and 6 rebounds while Curtis Cobb knocked down a trio of threes to finish with 12 points.

Both BABC and Expressions closed out the weekend with Sunday wins.  BABC knocked off the Oakland Soldiers, 63-52, behind Colson’s best performance of the weekend – 20 points, 12 rebounds, 3 blocks, and 3 steals – while Cobb and Nelson continued to be hot from the perimeter with 15 and 11 respectively and Joseph (8 points, 7 assists, 2 turnovers) running the point.  Abu also saved his best for last, dropping 20 points and 8 rebounds in a 60-46 win over the Arkansas Wings while Wilson-Frame punctuated his impressive weekend with 15 points, 7 rebounds, and 5 assists in the win.

Both clubs will travel to Hampton, Virginia this weekend for session #2 of the EYBL season.