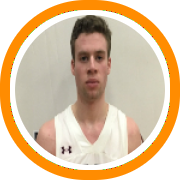 The New England Prep School Athletic Council (NEPSAC) crowned their champions on Sunday with Classes A, AA, and AAA at Western New England College and Classes D, C, and B at Clark.

After setting the bar in Class C all season long, Hyde punctuated a big year with their latest NEPSAC championship on Sunday. They pushed a 13 point halftime lead to 20+ early in the second-half, but Winchendon refused to go away without a fight. Junior guard Aidan Carpenter scored 23 points while handing out 8 assists to earn MVP honors while senior wing Frankyn Batista had 16 points and 14 rebounds. Jeremiah Barr added 15 points as well.

Junior guard Jackson Benigni scored a game high 32 points, including 8 threes, while picking up 6 steals on the defensive end to take MVP honors and lead Hamden Hall to the Class B championship. Seniors Byron Breland and Christian Adams, who are committed to NJIT and Pace respectively, both finished with double-doubles while fellow senior Tim Dawson provided a fourth double-figure scorer for the Hornets. This was Hamden Hall's first NEPSAC championship since moving up from Class C.

Exeter jumped out to a commanding early lead only to see Williston change defenses and fight all the way back in the second half. Unsigned point guard Pearson Parker took MVP honors while scoring 10 of his 13 points after halftime while Jordan Jones and Alex Swett each finished with 12 points on a combined 7 three-pointers. Sacred Heart bound guard Tyler Thomas scored 17 points, including five threes, for Williston while big man Nikola Kovacevic added 9. The championship was Exeter's fourth Class A crown in the last seven years.

The Saints came in missing two starters but played inspired basketball for all 36 minutes, creating offense from their defense, crashing the glass relentlessly, and making twelve three-pointers on the day. Syracuse bound guard Brycen Goodine earned MVP honors and was credited with 25 points in the final book while Manhattan bound guard Benson Lin had 22 including a series of open floor dunks. Junior forward Myles Wilmoth had a bit of a coming out party, scoring 15 points and showing flashes of his long-term potential while Matt Constant and Matt Relihan both stepped up to play big roles down the stretch. Unsigned post-graduate Sean Conway scored a team high 22 points for Cushing while Andrew Kirkpatrick scored 17 points himself, including five threes.