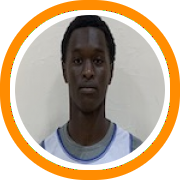 After previewing Class AA of the NEPSAC yesterday, today we’ll turn our focus to Class A in preparation for this weekend’s Scholar Roundball Classic.

This is a league that has gotten increasingly deeper in recent years, with the battle for the post-season being incredibly competitive. This year though, there’s some high-end talent that’s reminiscent of the likes of Chris McCullough, Duncan Robinson, Makai Mason, and others who once came through this league.

Here’s a rundown of the contenders:

Phillips Exeter Academy – Jay Tilton’s club has set the standard of excellence in Class A for the last decade. They’re the only team to qualify for the post-season in each of the last ten years and have won four championships in the last seven years, including last year’s title. This year’s roster has the experience and talent necessary to add another notch to that belt. Niko Rocak, Kerick Walker, and Lucas Grandison are all returning seniors from last year’s team. Rocak is now fully healthy and playing the best basketball since he arrived from Switzerland while Grandison looks poised to be more of an offensive focal point as well. French native Lucas McEachern is also back from last season with early D1 offers in hand for the junior forward. The team added Neil Owens, a highly skilled post-graduate guard from California, along with local products Robbie Stankard and Josh Morissette. Stankard is a skilled 6’8” big man while Morisette is a local Exeter resident who is as skilled as he is smart and tough on the wing.

Loomis Chaffee School – Loomis Chaffee has annually been one of the top teams in Class A under head coach Rock Battistoni, and even earned the top overall seed heading into last year’s tournament. All that remains is capturing that elusive championship. This year’s squad is built around a big-three that is especially potent. Josh Menard is back for his senior year and continues to be not just the emotional leader of the club, but also one of the most skilled guards and shot-makers in the class. Reece Brown is also back for his senior year fresh of his big summer and subsequent commitment to UNLV. He provides the Pelicans with arguably the best athlete in the class. The arrival of R.J. Blakney, a post-graduate from Maryland and Dayton commit, provides them with just the type of alpha scorer who could get them over the hump. Nate Santos is also back for his junior season and now almost fully recovered from the ACL injury that cost him his summer. He’s one of the most uniquely talented juniors in New England and will be looking to assert himself this year. 6’6” post-graduate forward Paris Shard, 6’4” senior wing Nick Larsen, 6’7” junior forward Pierce Prendergast, and 6’2” junior guard Elliyas Delaire are also expected to contribute within the rotation.

Hotchkiss School – Following a run to last year’s Class A Final Four, head coach Yassine Talhaoui has maybe his most talented roster yet, and certainly one ready to contend for a championship. There are already four players committed to division I schools – Kyle Jenkins (Lafayette), Dusan Neskovic (Dartmouth), Miles Brewster (Boston University), and Vasja Pandza (Seattle). Together that is as good of a core as there is in the league. Brewster provides a playmaking guard, Pandza a crafty forward with guard like skills, Neskovic a skilled and cerebral forward, and Jenkins a floor-spacer along the frontline. C.J. Mitchell is back in the backcourt and able to contribute with his shot-making while the arrival of junior guard Aidan Rodgers provides another boost of skill. Also keep an eye out for newly arrived sophomore Jeremiah Paul who should fight for rotation minutes this year. Dubem Anwunah’s length and athleticism should be a factor around both rims as well.

Suffield Academy – The Tigers have the league’s most dominant interior presence and arguably best long-term prospect in Mac Etienne, who has not just unique size but also a high-motor, evolving skill, and an unselfish approach. Lehigh bound guard Jalin Sinclair gives head coach Matthew Fava one of the league’s best playmaking guards and a terrific one-two punch. Suffield also has plenty of depth. Post-grad guard Niko Bossinakis is strong and skilled with a high-motor while senior forward Leo Edo is physically imposing in his own rite and very experienced after growing up in the program. Nick Bray, Will Rolapp, Charles-Andre Robert, and a trio of sophomores could also play important minutes.

Williston Northampton School – After returning to the Class A final last year, Williston is hoping to see this year’s post-graduates blossom like Tyler Thomas did a year ago. Wol Maiwen is off to a good early start as the hyper-athletic wing has shown tremendous improvement since his senior season in Maine. Cooper Creek and Maleek McNeil provide a terrific interior tandem as Creek is highly skilled and a true floor-spacer while the agile, but wide-bodied, McNeil is a dancing bear like player. Andre-Max Washington returns for his junior season and will have the ball in his hands while post-graduate guards Billy Whelan and Dylan Ward, along with senior Jason Rhett, should all stabilize the backcourt. Tyler’s younger brother, Tanner Thomas, and Badou Ba provide two more talented juniors who should continue to emerge as the season goes on.

Phillips Andover – After being snubbed from the post-season last year, Terrell Ivory’s Andover squad should have plenty of motivation this year. Penn State commit Dallion Johnson provides arguably the league’s most potent scoring guard and one of New England’s toughest shot-makers. Johnson’s running mate for the last few years, Matteo Whelton, is back for his senior year with his southpaw flame-thrower and developing playmaking ability. Post-graduate Noah Dinkins provides another weapon in the backcourt while the frontcourt will be led by Nick Thomas, a wide-bodied junior big man with agile feet, and repeat sophomore Bube Momah from Farmington (CT).

St. Paul’s School – Jordan Geronimo provides head coach Max Gordon with an elite athlete and physical specimen who has improved at a rapid rate within the last year and may just be scratching the surface of his potential. Geronimo committed to Indiana following a breakout spring and summer and now returns to be the catalyst for St. Paul’s. He’s surrounded a young, but talented, supporting cast. The class of 2021 features Jack Anderson, Cody Appleton, and Elijah White in the backcourt along with 6’10” big man Graham Robinson up front and Clifton Goode on the wing. The class of 2022 features James Morakis and Tola Olorode.

Choate Rosemary Hall – The 2018 Class A champions are annually as disciplined and well-coached as any squad in Class A under Drew Dawson and are coming off an upset win over South Kent at this past weekend’s Zero Gravity Prep Classic. This year’s group is equally skilled as well. Sharp-shooting wing Hayden Peek, who pledged to NYU this fall, returns for his senior campaign and will be joined on the perimeter by a pair of impact post-grads. Ryan Zambie, a guard from Texas, is already committed to Lafayette while Brody Grebe, a wing from Montana, has signed with Montana for Football. Noah Delorme is a talented prospect in the class of 2021 while incoming junior big man Tristan Bounds is a long-term prospect to keep an eye on.

Milton Academy – Lamar Reddicks squad has one of the top junior wings in New England in Casey Simmons but they’ll need him to start to turn potential into production at an accelerated rate and play a starring role on a virtual nightly basis this year. Seniors Jake Willcox and Zach Vaughan join Simmons as captains while freshman point guard Gavin Carter is expected to play a significant role right away.

Taft School – Shavar Bernier’s club has added a pair of post-graduate guards who immediately make the Rhinos a more potent team. Aaron Latham is a skilled and cerebral graduate of Glastonbury (CT) while Michael Ramos is a scoring guard from New York. They join senior captain Mike Yamin and junior big man Blessing Agbonlaho, a long and athletic prospect with substantial potential, to provide a very solid core.

Avon Old Farms – Longtime college assistant Matt Mihalich has joined the prep ranks and taken over the program at Avon Old Farms. He has a talented post-graduate to utilize in Matt Mensia, a big and versatile 6’5” guard. The addition of 6’10 junior big man Tyler Warner also provides them a formidable weapon in the middle. Seniors Terrell Jarvis and Symien Jemison are both back while junior guard Anthony Clayton will be a key player in the backcourt as well.

Salisbury School – Three starters return from a team that competed for a spot in the post-season a year ago under first year head coach Kyle Dudley. Brandon Roughley is the most notable of the bunch as the skilled senior forward promises to play a leading role again this year. Justin Oliveras provides an undersized, but rugged, big man in the middle while the addition of junior guard Asher Sedlin and sophomore forward Jean Marc Togodgue, the younger brother of former Salisbury star Samuel Dingba, should provide immediate help as well.

Trinity-Pawling School – Truth Harris provides head coach Bill Casson with one of the most explosive athletes and dynamic playmakers in the class. Meanwhile 6’9” center Tadhg Crowley is back to anchor the frontline, especially on the defensive end. 6’7” post-grad Justin Archer is an important newcomer while Chris Gleaton, Josiah Turner, Tim Moran, and Ronnie Toole add to a deep 2020 class.

Deerfield Academy – Junior big man Bennett Pitcher is a mountain inside the paint for Deerfield and one of the top frontcourt players and prospects in Class A. Starring under his father, he’s got some help this year as Connor Printz, a Taft graduate, arrives for his post-graduate year while Deandre Ortiz transfers in for his senior year. Together that trio provides the core of a group that hopes to contend for the post-season.

St. Sebastian’s School – One of the sleepers of Class A, St. Seb’s has Bates bound senior Trace Gotham to build around, a pair of talented juniors in Lyndel Erold and Ben Kaczmarek, along with an underclassmen to keep an eye on in Mark Newell. They opened the season with a convincing win over Tabor and have a big test on tap for this week when they face St. George’s.

Noble & Greenough School – Coming off a 17-9 season and spot in the post-season tournament, Nobles has added to that with one of the best freshmen in New England, Reid Ducharme, a youngster who doesn’t just have long-term potential but will be capable of making his presence felt right away. Brendan McNamara gives the club another talented underclassman to build around.

Thayer Academy – They’re 2-0 to start the season including a league win over Choate last week. Brandon Odom’s squad has a playmaking guard in their senior class, Noah Downing, along with Ryan St. Clair and junior wing Mike Marshall. Sophomores Marvin Musiime-Kamali and Christian Abrams have bright futures for the ISL program as well.

Belmont Hill School – Al Murphy’s club went to the semifinals of the NEPSAC tournament in 2018 before rebuilding with a young roster last year. They were competitive in their season opener against St. Paul’s and have a reputation for always fighting tooth and nail. Junior guard Max Hall is a player to watch.

Kent School – Now in his second season at the helm of the program, longtime college coach Paul Lee has a player to build around in Jake Daly, a big and skilled junior guard with floor vision and an understanding of the game. Look for them to take a step forward this year as they continue to rebuild from the ground up.

Tabor Academy – Chris Millette’s squads have been annual contenders over the years in Class A and always known as some of the most competitive and hard-working in the league. This season may be one of rebuilding though as the Seawolves look to develop young talent and solidify their foundation for the future, led by 2023 Flynt Whitworth and 2022 center Patrick Spenard