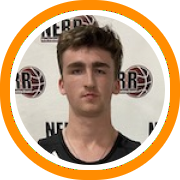 Friday night’s Elite 75 Academic Experience was as good as advertised with 75 players from New England and New York having the opportunity to play in front of over 30 college coaches from academic institutions including the likes of Williams, NYU, Case Western, Middlebury, Trinity, Vassar, Hamilton, Colby, Brandeis, Connecticut College, WPI, Babson and numerous others.

By the time it was all said and done, a number of players had managed to distinguish themselves.

Here’s a look at the best of the big men in attendance:

Kerwin Prince, 6’6, 2019, PF, Crosby (CT) – An unsigned senior coming off a big final campaign at Crosby, Prince was dominant in stretches here and should definitely command late interest from college coaches. He’s athletic, powerful, able to play through contact, and bully people off the dribble.

Guy Ragland, 6’7, 2020, C/F, Northwest Catholic (CT) – Maybe the most notable new name to come out of the event, Ragland was already very impactful and yet potentially just scratching the surface of his potential. He has good size and a terrific frame to keep filling out but is also relatively fast and athletic. He can impose his will around the rim but also has some developing face-up touch.

Cam Dunbury, 6’9, 2020, C/F, Falmouth (MA) – Dunbury came is as a virtual unknown, but left with a long following. He’s a true big man with great size and relative mobility. He produced in the paint all night long, finished consistently, and has a wealth of untapped potential of his own.
New Names to Know

Justin ONeill, 6’6, 2020, Bedford (NH) – The junior big man from New Hampshire introduced himself to a variety of college coaches on Friday night who were intrigued by his solid frame and athleticism at his size. As his game and skill-set continue to develop, he could become a trending name in the coming months.

Devon Breen, 6’4, 2020, F, Watertown (MA) – Breen is a tough and physical competitor. He’s more of an undersized four until he further develops his skill set away from the basket, but he plays bigger than his size and can hold his own against larger bodies inside.

More of the Same

Leo Edo, 6’7, 2020, F, Suffield Academy (CT) – Long and agile with good size and a great frame, Edo is physically gifted with a high ceiling. He also has good touch around the rim and out to about 15 feet and the potential to take his game to new levels if he can add a bit of a nasty streak.

Declan Nugent, 6’5, 2020, F, Berwick Academy (ME) – Nugent is a versatile forward with good size and solid athleticism. He scored the ball using both his jumper and his bounce, and was efficient doing it, while also playing with a high motor from start to finish.

Parker McLaren, 6’5, 2020, F, Newburyport (MA) – McLaren has had a strong college career to this point and has the size, body type, and overall athleticism to not only translate to the next level but potentially allow him the versatility to play and defend multiple positions.

Declan OSullivan, 6’6, 2020, F, Catholic Memorial (MA) – He brings a combination of size and toughness to the floor and has additional value with his developing stroke, floor spacing ability, and overall feel for the game.

Stephen Ward, 6’5, 2020, F, Beaver Country Day (MA) – He was a mismatch-up problem who had the size and strength to assert himself inside the paint, but he also had good touch, the potential to extend his range, and even put the ball on the deck and see the floor well.