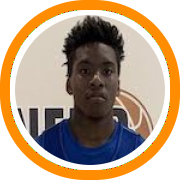 For the second time this fall, the Middlesex Magic claimed the Varsity American Division title with co-champions after both teams advanced to the final game. Both teams impressed by being extremely vocal on both offense and defense. Their constant communication led to an efficient, mistake free, style all weekend long. The Magic also demonstrated that the program is filled with sharpshooters who can hurt you from well beyond the arc, which makes them a tough cover for any team.

The 10th grade National division championship game was hard fought and came down to the wire but in the end Team Sims came out victorious. With a combination of ball movement and touch around the rim, Team Sims proved that their offense is a force to be reckoned with. Scoring inside and out, this team was able to pick and choose the shots they wanted while shooting at an extremely high percentage.

BABC took home the 9th grade American championship by overwhelming opponents the entire weekend with their notorious full court pressure, demonstrating why the system has worked for as long as it has. Along with their exceptional defensive effort, BABC’s offense was impressive as well as they played in attack mode, spread the floor with shooters, and used their length to find the gaps in opposing defenses.

Alexis Reyes 2021 6’6- Reyes was extremely hard to stop due to his ability to score on all levels of the floor. He both finished around the rim and shot the ball at a high level while also boasting exceptional perimeter size.

Ethan Daleba 2022 6’3- Along with the energy he brings every game, Daleba finishes above the rim and can beat most opponents off the bounce by utilizing his athleticism exceptionally well.

Michael Bourne 2021 5’9- This tough as nails guard was lights out from behind the arc this weekend as he seemed to be a threat as soon as he stepped over half-court.

John Martins 2019 6’2- Martins displayed his own offensive versatility this weekend as he consistently beat his man off the dribble, finished with both hands around the rim, and was a steady three-point shooter.

Tim Minicozzi 2021 6’2- One of the best rebounding guards in the field, he was able to take the ball off the glass and start the break with his dribble on numerous occasions, which resulted in many scores.

Tyler Kolek 2020 6’2- A southpaw guard with size and skill, Kolek’s big fall continued this weekend as he drilled shots off the dribble and captained his team with outstanding vocal leadership in the title run.

Ibrahim Muhammad-Denson 2020 5’7- This crafty guard showed his range from deep while being an extremely tough finisher in traffic despite his size.

Kyle Whippen 2020 6’5- A tough cover as a stretch-four, Whippen showed improved skills of being able to beat quicker and smaller defenders off the dribble.

Bryant Ciccio 2020 5’9- Another weekend brought another strong out from Ciccio, who impressed with his change of speed and direction while making high level mid-range jump shots off the dribble.

Brett Stark 2019 6’4- Stark displayed winning qualities this weekend by taking numerous charges and commanding the defensive glass as well as finishing layups around the rim.

Kyle Hicks 2022 6’3- The young PG used his athleticism and ball handling skills to get by defenders and make high level decisions, whether it was dishing to open teammates or finishing above the rim.

Donnie Smith 2020 5’11- Smith was a major weapon defensively as he got numerous deflections and was able to disrupt the opposing team’s offense to help create easy transition points for his team.

Jack Poirier 2020 5’11- This sharpshooter proved this weekend that he’s more than just a one-dimensional catch-and-shoot specialist. In fact, he was able to handle the ball like a point guard more often than not.

Jayquan Leonard 2020 5’9- Leonard was able to get to the paint and finish around high level shot blockers due to his body control and craftiness around the rim.

Terrence Clarke 2021 6’6- He was as good as advertised this weekend without having to force the action. One of the country’s best sophomores, Clarke was efficient with his bounces and consistently able to score over top of smaller defender.

Kyle Bovell 2022 6’1- Along with his great defensive performance, Bovell ran the floor well in transition using his athleticism to make his team’s transition offense difficult to stop.