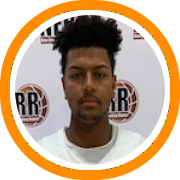 More college coaches from top academic schools continued to file in to Babson College on Saturday for the second day of the 2018 Scholar Roundball Classic.

In total, there were four games on the day which featured top academic prospects for all levels of college basketball.

Enoch Cheeks continued his tremendous start to his junior campaign with a 28 point performance on Saturday afternoon. His latest offensive onslaught included not only his trademark aggressive drives but also signs of a rapidly improving skill set as he rose up for tough pull-ups and knocked down some long-range jumpers with clean mechanics. KUA is an elite shooting team and Jammy Pierre-Louis drilled five three-pointers for 19 points while Jay Elmore and Will Engelhardt showed elite strokes of their own. Sacred Heart signee Tyler Thomas played through a minor knee injury to score a team high 16 points John Kelly added 12. The underclassmen duo of Andre Max-Washington and Maleek McNeil provide a playmaking lead guard and skilled big man to build off of in the future.

Suffield held a comfortable lead for most of the first-half but Milton came charging back down the stretch to make it anyone's gime heading into the final moments. The Tiger's backcourt was the difference in the game as Nkosi Cooper slashed his way to 12 points while Jalin Sinclair had 9 points and numerous points as he displayed a smooth floor game and well-rounded skill set. Claremont McKenne pledge Rhett Carter scored 12 points showing off his low post arsenal for Milton Academy. The game also featured two of the best long-term prospects in New England's class of 2021 in Suffield's Micawber Etienne and Milton's Casey Simmons. While both are still raw in many ways and only just beginning to tap into their potential, their long-term tools were obvious.

In a battle between what are sure to be two of Class A's best teams Exeter held on against a gritty and resilient Tabor squad. Exeter was one fire out of the gates as Cornell commit Jordan Jones hit a two of the team's four early threes. Tabor would respond though, changing defenses and raising their intensity, before going on a run of their own to take a one point lead into halftime. Jones and Columbia pledge Cameron Shockley-Okeke would both score 15 points to pace Exeter while post-grad forward Preston Maccoux would add twelve including three threes. C.J. Redd scored a team high 17 points for Tabor, showing his full arsenal as he slashed, made tough finishes, and even knocked down a pair of threes. Connor Peterson had a double-double to anchor the interior while Kam Farris finished with 9 points but showed a rapidly emerging tool set.

In a game that was closer than the final score indicated, NMH perceived and earned their best win of the young season. Harvard commit Chris Ledlum was an absolute force, especially in the second half, scoring 21 of his game high 34 points after halftime as he imposed his will by attacking the rim. Greg Dolan had perhaps his best game in an NMH uniform as he scored 17 points and made plays on both ends of the floor. Cameron Krystkowiak continued his strong play with 13 points and his typical assortment of skilled plays along the frontline. Tautvydas Kupstas and Chris Arcidiacono were the story for Perkiomen. Kupstas helped himself more than any unsigned senior on the day, finishing with 31 points while knocking down 8 threes. Arcidiacono finished with 19 including three threes of his own. Niels Lane, a junior wing with high-major recruitment, added 12 points.