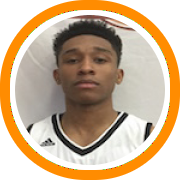 Rhode Island College will host a triple-header of NEPSAC championship games on Sunday beginning with the Class A final at 1pm followed by AA at 3pm and finally the AAA final at 5pm.

Third seeded Milton Academy will meet fifth seeded Choate Rosemary Hall for the Class A championship to start the day. Milton, who is led by Stanford bound guard Cormac Ryan, took out the defending champions Phillips Exeter in the opening round 76-62 before running away from Belmont Hill School 75-49 in Saturday's semis. A balanced Choate squad scored a dramatic road win over Suffield Academy in the quarterfinals before defeating 8th seeded Tabor Academy 62-52 in the semis.

Click here to view the Class A live stream provided by YurView.

Tilton guard Marcus Zegarowski exploded for an incredible 57 points in a 118-116 double-overtime win over South Kent. With twin brother Max Zegarowski, who scored his 1000th point on Saturday, by his side the Rams will look to get over the hump after falling in last year's championship. They'll face a St. Andrew's squad led by senior forward and Villanova signee Cole Swider along with junior guard and Syracuse commit Brycen Goodine. The Saints knocked off the defending champions, Cushing Academy, in Saturday's semis.

Northfield Mount Hermon overcame a four point halftime deficit to run away from St. Thomas More in the second half 90-67. NMH is led by Notre Dame signee Nate Laszewski and Harvard commit Noah Kirkwood in the class of 2018. New Hampton School is this year's Cinderella story after earning road wins at Bridgton Academy and Brewster Academy to punch their ticket to the final. Shandon Brown went for 31 points on Saturday while junior guard Mika Adams-Woods had 23.

Click here to view the Class A live stream provided by YurView.

Three other NEPSAC champions will be crowned at Clark University in Worcester on Sunday as well, beginning with the Class D final at 1pm between top seeded New York Military Academy and seeded seeded Rocky Hill School. Tedrick Wilcox exploded for 44 points in Rock Hill's 104-74 win over Watkinson while Steven Lora had 34. NYMA ran away from Boston Trinity 82-47.

The top two seeds in Class C will meet at 3pm as Dexter and Winchendon face-off. Noah Kamba led Dexter with 27 points in a 56-39 win over Storm King on Saturday while Charles Coleman added 12 points, 14 rebounds, and 9 blocks. Winchendon advanced over Hyde School with a 65-60 overtime decision.

Top seeded Brooks will be looking for a repeat in Class B after surviving Marianapolis Prep 65-50 behind 15 points from Preston Santos and 13 from Brian Wright-Kinsey. They'll face second seeded Rivers School who knocked off Canterbury 83-65 in the other semi.