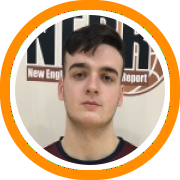 Class AAA has national powerhouses and AA has incredible depth but Class A isn’t as far behind as some think, especially at the top of the league as there’s dozens of scholarships prospects every year and some of the very best coached teams in the region.

This season, the race for the Class A championship appears to be a wide open one as there are numerous programs who can not only contend for a spot in the post-season, but make a run once they get there.

Phillips Exeter Academy – Always a powerhouse in Class A, Exeter looks poised to make another deep run this year. Jordan Jones, a 6-foot-5 southpaw shot-maker, and fellow lefty Cameron Shockley-Okeke, who graduated from Milton Academy last year, are both committed to Ivy League schools in Cornell and Columbia respectively. Fellow post-graduates Pearson Parker and Preston Maccoux are scholarship prospects in their own right while Alex Swett is a returning senior who adds valuable experience. Kerick Walker and Lucas Grandison are both back for their junior seasons and ready to take on even larger roles. Walker may be the best pure shooter on the team and Grandison is a versatile scoring wing. Matt Hawke is a new addition in the 2020 class while Lucas McEachern and Niko Rocak are two highly talented sophomores who will be a big part of the program’s future but likely good enough to contribute right away. In short, this may be the deepest Exeter team we’ve seen in years and that’s not good news for the rest of Class A.

Tabor Academy – They opened the season with a statement win over Loomis Chaffee last weekend at the ZG Prep Classic and always maximize their talent by being one of the hardest playing teams in the region. They have an experienced senior core with C.J. Redd, Michael Perry, Tyler Murray, and Connor Peterson. Incoming junior guard Kam Farris looks bound for a breakout year while Chuma Oyigbo could be another 2020 prospect to open some eyes this year. Sophomore wing Kyle Squires has a very bright future and is also ready to contribute right away.

Loomis Chaffee – Despite the early road bump, the Pelicans will again be contenders in Class A. They would have been the overwhelming favorite had Jaiden Delaire not headed to Stanford a year ahead of schedule. Even at that, they’re as big and talented a team as there is in the class. Jake Glezen returns in the middle of the line-up while Reece Brown is back and primed for a big junior season after just starting to make a name for himself last year. Another athletic forward, post-graduate Qwanzi Samuels, is already committed to Florida Gulf Coast while Nate Santos looks like one of the best sophomores in the region. Junior guard Josh Menard runs the show and leads the way in the backcourt where he’ll be joined by post-graduate Eric Moenkhaus.

Choate Rosemary Hall – The defending champions will again look to become more then the sum of their individual parts as their continuity and cohesiveness allowed them to go on a Cinderella type run last season. Hunter Jameson is back from that squad while a trio of incoming post-grads will provide an immediate infusion of talent in Aaron Gao, Chuma Azinge, and Andrew Kenny. Junior Hayden Peek provides another quality long-term prospect and budding big wing while Noah Delorme is a talented sophomore who should see minutes right away.

Phillips Andover – This is Andover’s most talented team in recent years. Junior guard Dallion Johnson is one of the league’s most potent returning scoring guards while fellow junior Matteo Whelton provides another elite shot-maker and equally heady southpaw. Post-graduate Brenton Mills should be one of the league’s better two-way guards and so he only adds to that back-court while Justin Hoyt provides yet another three-point marksman. Another post-graduate, Marcus Filien, will be an important piece along the frontline where he’ll be joined by Hogan Linzy and sophomore Nick Thomas.

Hotchkiss – Junior guard Miles Brewster is emerging at a rapid rate and already asserting himself as a leader for this club on both ends of the floor. Kyle Jenkins is another division I caliber talent in the class of 2020 who will be expected to play a pivotal role this coming season. Post-graduate Xavier Wilson is an athletic and powerful forward with evolving face-up skill while Jed Thomas and Max Sussman provide the team with three-point shot-makers. Sophomore point guard C.J. Mitchell looks poised to take the next step as well and should be ready to run the show on a consistent basis.

Williston Northampton – Sacred Heart signee Tyler Thomas should give Williston Northampton one of the most dangerous scorers in the class and a guy capable of putting the team on his back but this will hardly be a one-man show. Cheshire Academy transfer John Kelly provides a skilled forward and three-point shooter while Nikola Kovaceiv and James Lang give the team plenty of size up front. Returning seniors Solomon Neuhaus and Abdulraheem Abuissa will provide veteran experience while underclassmen Andre-Max Washington and Maleek McNeil are likely to have opportunities to contribute as well.

Taft School – Despite opening the season with a pair of losses, Taft has the pieces to be a factor in Class A this season. Connor Printz is an experienced and skilled senior guard while the addition of post-graduate Tyler Arbuckle gives them a proven playmaker in the backcourt. Kai Kostmayer, a skilled 6-foot-7 forward, has been an emerging prospect in New England’s 2020 class for the better part of the last year while 6-foot-9 sophomore Blessing Agbonlaho is loaded with long-term potential. Skyler Bell is another sophomore with a bright future while senior Ben Barrett is an under-the-radar pick-up who is capable of making a big impact.

Suffield Academy – The Tigers have one of the most experienced teams in the class. Southpaw senior Nkosi Cooper and junior playmaker Jalin Sinclair provide one of the better one-two guard punches around while Alec McGovern provides an experienced third guard. Angelo Santiago, a powerful lefty wing, and Leo Edo, a long and athletic forward with untapped upside, add to a talented junior class while senior Brett Bischoping will add valuable size and experience up front. The best long-term prospect on the team though is Micawber Etienne, a 6-foot-10 sophomore who will play an integral role from day one.

Trinity Pawling - New York's Class A representative is poised to have a big season. Michael Koch is a post-graduate guard capable of putting points on the board right away while Bryce Nash is another skilled post-grad on the wing. 6-foot-8 big man Tadhg Crowley arrives in the 2020 class with division I offers already in hand while Truth Harris is another important addition in the junior class. Senior forward Sany Sossoadouno and junior wing Sam Fechner will be important contributors as well.

Milton Academy – Cormac Ryan isn’t walking through that door but that doesn’t mean Milton isn’t still going to be in the Class A hunt as they feature a deep senior class and another budding star. Rhett Carter and Dan Schlakman, already committed to Claremont McKenne and Amherst respectively, give them one of the most experienced and formidable frontcourt duos in the class while fellow senior Drew Thibeault is already off the board as well following his commitment to RPI. Casey Simmons, a budding jumbo-wing in the class of 2021, should have a breakout season, while it remains to be seen just who will emerge in the backcourt.

St. Paul’s – They’re a program on the rise with an especially talented junior class. Jordan Geronimo, a long and athletic 6-foot-4 wing, already picked up a D1 offer this season and should be a breakout player this winter. Jehmehl Fair, a big-bodied guard with a high IQ, will lead the way in the backcourt before the sophomore tandem of Jack Anderson and Cody Appleton takes over next year. Chris Kaneb, a skinny 6-foot-8 shot-maker, is an intriguing long-term prospect in the senior class while junior Conor Dunleavy provides a physical presence inside the paint.

Avon Old Farms – Avon has a young, but still dangerous, roster this season. Ciaran Sandy is a big 6-foot-6 wing who college coaches will become increasingly familiar with this coming season. 6-foot-9 big man Keegan Sharp is ascending as well with his combination of size and skill as he joins Terrell Jarvis, Graham Walker and Peter Ryan in AOF’s 2020 class. The best long-term prospect on the team may be sophomore guard Kyle Cuffe, who will be asked to play an important role from day one as one of the team’s primary playmakers.

Deerfield – Sophomore big man Bennett Pitcher put up big numbers last year and saw his early recruitment take off in the subsequent grassroots season. He’ll anchor the team in the paint this year and be, perhaps, Class A’s most impactful sophomore. Older brother Jackson Pitcher, who is already committed to Middlebury, will take on the leadership role as a senior while the Pitcher brothers will benefit from the arrival of Jackson Selvala, a skilled big forward and high-level three-point shooter as well as Archbishop Molloy (NY) grad Jade Tse.

Nobles – What they may lack in big names they compensate for in experience. Johns Hopkins commit Conor Gibson may also be one of the more underrated players in the class. Jack Taitel and Noah Gies are experienced guards in the 2019 class while fellow senior Ben McPherron is a big weapon on the wing. Up front, 6-foot-7 senior Cam Nelson and 6-foot-8 junior Henry Mitchell are both valuable assets as well. Reid Ducharme, only an 8th grader, should see big minutes right away as well.

Salisbury – Junior forward Brandon Roughley and post-graduate guard Damani Thomas provide the team with a potent one-two punch while Justin Oliveras has emerged as a third impact player early in the season with Rougley battling a foot injury. Once the junior forward gets healthy, this should be a team capable of contending for a spot in the post-season.