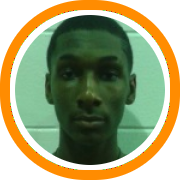 The action has been non-stop over the last few days as the prep school season came to a quick and dramatic conclusion with both the NEPSAC and national champions being crowned within a five day window.

Brewster Academy came away as the big winner, not just sweeping both championships, but doing so with unprecedented dominance, having not dropped a game since December.  While Jason Smith’s squad has controlled the headlines, and rightfully so, there were a variety of other programs who accomplished great things this year.

The widely held perception of St. Thomas More in the pre-season was that they had undeniable depth but likely no high-major prospects.  By the time it was all said and done it was abundantly clear that while Yuta Watanabe and Eric Paschall were headed to the Atlantic 10 (George Washington and Fordham respectively) they both possessed the talent for the highest levels.  Cane Broome (Sacred Heart) is going to be equally impactful as a college freshman, as to might Josh Williams (Rider), who made huge strides this season en route to helping STM return to the national finals.

New Hampton showed as much improvement over the last six weeks of the season as any club in the NEPSAC, peaking at just the right time and coming only a possession or two from completing an improbable championship run.  Aubrey Dawkins and Elijah Bryant both took their stock to unprecedented highs while the future is clearly bright with Tyler Lydon truly appearing to be on the brink of stardom and surrounded by a returning nucleus that also includes A.J. Turner, Jeremy Miller, and Donovan Love.

Expectations will also be high for NMH heading into next season as they’ll return virtually their entire rotation including a first five of Josh Sharma, A.J. Brodeur, Aaron Falzon, Jackson Donahue, and Daquon Ervin.  While there were certainly some growing pains along the way during their first full season together, this was an incredibly young group that matured tremendously and will be light years ahead of the rest of the league when it comes to their continuity and cohesiveness next season after advancing to the semifinals of both the NEPSAC and national tournaments.

South Kent came into this season flying under most people’s radar, but didn’t stay there for long, as their small-ball line-up created havoc from day one and made them the Cinderella story of the NEPSAC for most of the season.  When it was all said and done the Cardinals took on all comers, scored some big wins, and never suffered a single “bad loss” from November to March all while grooming one of the top young point guards in the region in Tremont Waters and showcasing one of the most under-rated in Schadrac Casimir.

Bridgton Academy faced the uphill battle that many expected to start the season, but did so with dignity and determination to not go down without a fight, and fight they did on a nightly basis.

In Class AA, St. Andrew’s was the clear cut top team in New England for the better part of two months, relying on a senior laden squad built around Bonzie Colson and loaded with multiple three-point shooters.  In the last week of the season though, when the lights were on the brightest, there was simply no stopping Cushing Academy and their big three of Kaleb Joseph, Jalen Adams, and Idris Taqqee, who took their second straight championship in a season that will also be remembered as much for Adams arrival on the national scene as much as the repeat.

Ultimately, there seemed to be something poetic in the fact that Joseph and Jared Terrell, two players who we have literally watched grown up in front of our eyes over the last four years, and come to symbolize New England’s 2015 class as much as anyone else, both ended up winning their final high school games and walking away with MVP awards in the process.

While neither Goodluck Okonoboh nor Abdul-Malik Abu could claim the same distinction, both had plenty to be proud of this season.  Okonoboh led Wilbraham & Monson to arguably the best season in program history including the second seed in the Class AA tournament and regular season wins over New Hampton and St. Thomas More among others.  Abu would be voted the NEPSAC Class AA Player of the Year by the leagues coaches and then go on to lead KUA to a run that last all the way to the finals of the NEPSAC tournament.

Other storylines included Phillips Exeter’s resiliency through mid-season injures enabling them to capture their second consecutive title in Class A, which is a feat that was duplicated by Greens Farms Academy in Class C as Zach Baines established himself as the new face of the program.  Makai Mason (Yale) and Wilfredo Rodriguez (Binghamton) both had huge seasons and distinguished themselves as players who will make immediate impacts on the next level, while Rodriguez also led one of the most talented Cheshire Academy teams in recent memory to the Class B title.

Of course, these are all just the tip of the iceberg as some of the most notable, and likely memorable, storylines of what has been another great season of prep school basketball in New England.