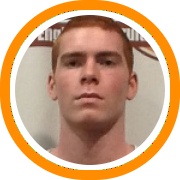 Coming into the summer Alex Murphy, Nerlens Noel, and Andre Drummond had established themselves as the unofficial “big three” in the class of 2012.  And while all of them had successful summers in their own right it was Drummond who managed to separate himself.  First, he claimed MVP honors at Hoop Mountain’s Super Week II but it was at AAU Nationals when he essentially had every national recruiting service in the world calling him the best thing since sliced bread.

Drummond, Murphy, and Noel (and Domonique Bull too) aren’t alone at the top of the class anymore.  In fact, there are quite a few players coming to the high major party.

Ricardo Ledo not only earned an invite to the Reebok All-American Camp, but he starred once he got there, scoring the ball at will according to reports.  It was more of the same for the rest of the summer as he showed well at each and every stop along the way.

Kaleb Tarczewski scored his first scholarship offer at Super Week II from Fordham and by the end of the week he had his first high major offer from Providence.  He’s a bit more raw than some of the other top prospects in the class, but his size and ability to change ends makes him a very intriguing prospect.

Egi Gjikondi played his best basketball in the second half of the month.  In fact, it was at the AAU Super Showcase, when many of his normal teammates were playing down at the u15 level that he shined as one of the centerpieces of BABC’s u16 team.

Welcome to the Party

Tafari Whittingham and Timajh Parker-Rivera both put themselves on the map this summer.  Their names didn’t carry as much recognition as others coming into the month, but they closed the gap quite a bit by the time July had come to an end.  Parker-Rivera has attention from UNLV, Seton Hall, St. Joe’s, and even Kentucky at the moment while Whittingham shined at both the first and last sessions of the Hoop Group Elite Camp and showed himself to be a guy with potential both inside and out.

July also provided an opportunity for a few players that were previously unknown to catch the eye of college coaches.  Tops among them was Thomas Bajda, a long and skilled wing players who was Parker-Rivera’s running mate on Connecticut Elite.  Arkel Miles is a slightly undersized power forward from the same team who turned in a good month of production.  Speaking of production, it was hard to underestimate the value of Eli Lubick as he shot the heck out of the ball from the perimeter while also contributing with toughness and a high basketball I.Q.  Harrison Taggart is a long and relatively skilled player from Vermont who caught some eye’s at Hoop Mountain while Chris Braley was the big winner from Maine, earning comparisons to a young Keegan Hyland.