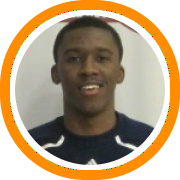 Today begins the process of updating our New England Recruiting Report rankings and first up is the state of New Hampshire where the 2012 class is dominated by the local prep school ranks.

Six of the top ten players in the state reside at “the Academy”, Brewster Academy to be specific as Mitch McGary, Jakarr Sampson, T.J. Warren, Aaron Thomas, Semaj Christon, and Jalen Reynolds form the core of the squad that is currently undefeated and the nation’s top post-graduate program.

Tilton and New Hampton are also well represented in the top ten as Georges Niang currently sits in the fourth spot followed by future Missouri guard and Tilton teammate Domonique Bull who rounds out the first ten.

New Hampton’s Zach Auguste and Olivier Hanlan check in at six and eight respectively, but keep an eye on Hanlan as he’s still working to get back his total explosion following an early season ankle injury and capable of shooting up this list as a truly pure point guard.

New Hampton’s has two more representatives on the overall list as Barrington Alston checks in at number 11 while Lew Evans is at 15.

Brewster’s unsung hero Joe Bramanti, the 13th ranked player in the state, has continued to display his total value this season for the Bobcats while his counterpart from Tilton, Kevin Crescenzi, picked up a pair of division I offers this fall before committing to Dartmouth.

Jesse Chuku has led Kimball Union to a breakout season in class AA and his standout play has him sitting in the 12th spot before he leaves for Lehigh next season.