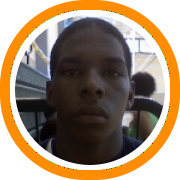 The summer of 2009 was an important time for quite a few players in the class of 2011.  Here’s a look at who “broke out” this summer or saw their recruiting stock go to a new level.

Tyler Olander, Shabazz Napier, and Mike Carter-Williams all came into the summer already on the radar of a number of high major programs.  But the month of July served a very specific purpose for these guys, as they went from being on the fringe of the highest levels to virtual locks.  Olander and Napier both stood out right away at the Reebok All-American Camp and now Olander’s list of offers is headlined by an invitation from Connecticut, while Napier has concrete offers from Miami, St. John’s, and Rutgers.  Carter-Williams got going early at the Big Shot Tournament and that’s where he picked up his offers from Florida State and Providence.

For some other prospects, this summer was an opportunity to get themselves on that high major radar.  Freddie Wilson, Eric Katenda, Imoh Silas, and Zach Auguste are four guys who have warranted future monitoring from those schools.  Wilson and Katenda first caught the eye of high major coaches early in the period at Hoop Mountain’s Super Week II Camp.  Auguste really turned heads at the New England Elite 75 Showcase and Silas made a case for himself at the Hoophall National Invitational.  Coming out of the summer all four of these guys will be closely monitored by a number of top programs across the country.

Dennis Clifford and Ryan Canty are two big men whose stock went to another level in the month of July.  Ironically, division II coaches got an early look in late June when the two locked up at Hoop Mountain’s Super Week I.  But now it appears that’s as close as either will get to playing on the division II level.  Both began their month at the Scott Hazelton Elite Camp where Canty got an offer from UNH and Clifford may have just outplayed Carson Desrosiers.  Both finished their months just as successfully when they shined in Las Vegas and Orlando respectively.

Jerome Harris, Demitry Coronell, and Chris Sherwood caught attention from a variety of division I programs.  Harris put up big numbers scoring the ball, and was especially impressive at the Super 16 Showcase.  Coronell’s game has come a long way in the last year and he’s got the athleticism and length to intrigue a number of coaches.  Sherwood is as explosive an athlete as you’ll find but it was his consistency that was particularly impressive this month as he was solid at each and every stop along the way.

For some other prospects, this July was their first real chance to make a name for themselves and they didn’t let that type of opportunity slip away.  Kyle Umemba is a name we heard on the lips of college coaches for the first time this summer while newly reclassified C.J. Moss has improved by leaps and bounds.  Gerald McClease and Pat Connaughton both shined at AAU Nationals as they stepped up and led their team throughout the tournament.

2011 looks to be one of the deepest crops of talent we have seen out of the state of Maine in recent years.  The four players who boosted their stock the most this summer were Andrew Shaw, Alex Furness, Keegan Pieri, and Cam Shorey.  Shaw earned an offer from Albany while playing in West Virginia while Furness developed a nice following of his own.  Pieri’s name is one that will become more popular over the years as he’s got all the tools for the next level while Shorey has already managed to earn the reputation as a warrior and winner.