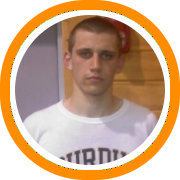 Maine is always one of New England’s best sources for recruiting steals and this year is no different as 16 of the top 20 ranked players in the class of 2011 remain uncommitted.

Two exceptions lie among the top three players in the country as Bridgton Academy big man Donnie Hale arrived in New England having already committed to Purdue.  Third ranked Khristian Smith was committed to Cincinnati when he opted to head to MCI, but now looks like a steal for Indiana State.

Lee Academy’s Keith Coleman remains the best available prospect in the state.  While undeniably still a work in progress, the physically gifted big man has seen his recruitment soar upwards with the limited number of post prospects still left on the board in 2011.  Teammate D.J. Peterson is the state’s fourth ranked prospect while Bridgton’s other big man Ryan Martin debuts at fifth following a strong performance at the National Prep Showcase.

To view the Maine 2011 rankings in their entirety please click here.