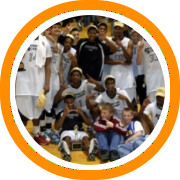 At this time last year the New England Recruiting Report offered some “predictions for the new year.”  Among those predictions were our forecasts for the 27 New England and state titles that are crowned in our region each and every year.  By the time last March rolled around, our prophecy skills had been proven fairly accurate as 16 of our projected 27 winners did in fact go on to claim their respective championships.  So with that in mind, this year we will once again make our picks and look back on the results come March.

NEPSAC Class A – A tough choice to say the least.  Brewster is arguably the most talented team in the league, St. Thomas More off to a terrific start, and Northfield Mount Hermon and New Hampton as good as they’ve been in recent years, but we’re going to go with a deep Winchendon squad as our pick.  They’re long, athletic, and tailor made for head coach Mike Byrnes’ pressure system.

NEPSAC Class B – Tilton’s chances for a three-peat were in doubt to start the season as they were losing a lot of firepower.  But early season wins over St. Mark’s, Phillips Exeter, and Notre Dame Prep, along with the incredible play of Gerard Coleman, make them the team to beat in our eyes.

NEPSAC WNEC – Arguably the most improved conference in New England has a lot of parity.  Cheshire Academy and Salisbury are off to big time starts but we’re going to have to go with Wilbraham Monson who we believe will benefit in the long run from their challenging schedule.

NEPSAC Class C – Lawrence Academy is off to a 7-0 start including a 76-72 win over St. Mark’s while the defending champs have had some bumps in the road to start the season.  It would take a huge upset for the Class C final to be anyone but these two teams and LA might actually be the favorite in most people’s minds right now.  Vegas is calling this a pick ‘em but we’re staying with St. Mark’s and Nate Lubick.

NEPSAC Class D – Similar to Class D, we’re defying the early season result where Boston Trinity knocked off Christian Heritage and are going to put our stock in the senior duo of Jason Perrier and Braxton Gardner to get it done the next time…then we’ll go on record as saying BTA in ’11 & ’12.

CIAC Class LL – Windsor is more of a threat to repeat than most realize but ultimately we think Hillhouse has too many weapons at their disposal, not to mention a big game player in Freddie Wilson.

CIAC Class L – Stratford, E.O. Smith, Northwest Catholic, Notre Dame Fairfield, and New London are all legit contenders.  Guard play will be the key for EO, depth for NWC, and experience for ND and NL…that leaves Stratford’s senior dominated line-up as the pick.

CIAC Class M – Bloomfield is the pick with a plethora of size and athleticism and the 1-2 punch of Denzel Jones and Rashad Moore, but Sheehan will be wearing Cinderella’s slipper with Phil Gaetano running the show.

MIAA Division I – Central Catholic will be the popular choice but no poll is complete without an upset pick and so we’re going to go with Newton North.  Kelley and Falzon give them an interior duo who can at least compete with Desrosiers and Zenevitch while Thrope gives Newton North the edge in the backcourt.

MIAA Division II – We like Scituate and Sabis because they both have dynamic play makers in the backcourt.  When forced to chose we’ll go with Scituate.

MIAA Division IV – New Mission is on a mission!

MPA Class A – Cheverus sits atop Maine’s power rankings and for good reason as they remain undefeated with arguably the state’s top backcourt and a more than capable frontcourt.  With Indiana Faithful, Alex Furness, and Lenny Cummings they’re our pick in a very strong Class A.

MPA Class B – Camden Hills...this year and next.  It’s been “blowout city” to start the season and McFarland and Pieri form too devastating a 1-2 punch.

MPA Class C – We picked Calais as the favorite in the pre-season and we’re not changing our minds now.

NHIAA Class L – Little bit of a surprise here but we’re going with Bishop Guertin.  We were very impressed with how well coached they were when we watched them this week at the BABC Holiday Classic and with their star power and depth we think they can pull it off.

NHIAA Class I – Mike Mitchell, Jamie Holder, and Mike O’Loughlin make Milford the team to beat in Class I.

NHIAA Class M – We picked Conant last year and it paid off…let’s go for two in a row.

NHIIAA Class S – Colebrook let us down last season…we’re giving them another chance.

RIIL Division I – This could be the year that Bishop Hendricken finally falls…but we’re not betting on it.  There are plenty of legit contenders and Hendricken lacks the star power they’ve had in years past, but there is no accounting for coaching and experience.

RIIL Division II – Only a sophomore and Andrew Chrabascz is already the most dominant big man in the Ocean State…we’re going with Portsmouth.

VT Division I – With Joe OShea on board Burlington is the clear favorite in our book but the supporting cast will be the key and with a host of other tough contenders, regaining the title will be anything but easy for O’Shea n’company.

VT Division II – Vergennes is our pick led by the talented one-two punch of Connor Merrill and Logan Williams.

VT Division IV – Not exactly going out on a limb to pick Proctor to win their fifth straight.