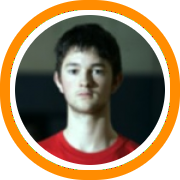 A lot has changed since we last updated our rankings in the fall. Some players have had big seasons or break-out performances during the recent live period, while some others have seen their recruiting stock level off.

As the month of April has shown us, things can change very quickly in the world of recruiting. All it can take is one big performance in front of the right people and all of a sudden your stock is shooting right up. Right at the moment players like Gerald Coleman (West Roxbury HS, MA), Daryl McCoy (Hartford Public HS, CT), and Shabazz Napier (Charlestown HS, MA) are finding themselves in this enviable position.

Some things remain constant though, such as the dominance of players like Alex Oriakhi (Tilton School, NH) and Erik Murphy (St. MarkÂ’s School, MA) who remain in the top two spots. Jamal Coombs (Tilton School, NH) proved he belonged in that category this year with a dominant season at Tilton as well as a terrific month of April. Maurice Creek and Jin Soo Kim (South Kent School, CT) round out the top five, while Mike Marra (Northfield Mount Hermon, MA) and Tevin Baskin (Trinity Catholic HS, CT) are close behind.

The South Kent duo sits atop the Connecticut list, while Baskin is very close behind. Jordan Williams who had a dominating season at Torrington High School is in at #4, while McCoy rises up to the fifth spot. Crosby High SchoolÂ’s Anthony Ireland (#15) and XavierÂ’s Will Tye (#20) are other players who have made significant jumps.

Murphy is virtually uncontested for MassachusettsÂ’ top spot while sharp-shooters Marra and Austin Carroll (Worcester Academy) finish the top three. Coleman comes in at #4 and could have easily been higher while #5 Evan Smotrycz is a highly skilled player who is actually a year younger than most of the other players on this list.

Not much has changed in MaineÂ’s top five, although Thomas Knight has made a pretty significant jump in the New England rankings (#24). Rounding out the top five are Mick Distasio (Cheverus HS), Gordon Fischer (Camden Hills HS), James Morse (Thornton HS), and Ronald Abwoch (Deering HS).

Candon Rusin (Twin Valley HS), Clancy Rugg (Burlington HS), Jon Goldberg (Rice HS), Nick Meunier (Rice HS), and Mark Comstock (Rutland HS) headline what is one of the better classes to come through the state of Vermont in quite some time.

**2009 rankings will not be updated again until August**