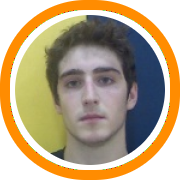 The class of 2008 was certainly a talented one in New England.  The NEPSAC had its typical superstars with the likes of Devin Ebanks, Emmanuel Negedu, Terrence Jennings, Isaiah Thomas, and Mark Lyons.  But we also saw plenty of home grown stars like David Gibbs, Alan Chaney, and Stevie Mejia.

But with that group about to begin their college basketball career, our focus turns to the classes of 2009 and 2010.  Local fans are in for a treat during the next two years as these groups are some of the best this region has seen in quite some time.

Nonetheless, we will still miss players like Phil Pressey, Maurice Creek, and Candon Rusin who are all transferring to schools in different areas of the country.  However, we will also be gaining a new set of stars as the NEPSAC schools get ready to welcome their new student-athletes in the coming weeks.

The new year will see quite a bit of movement within the region as well.  Here are some of the more notable moves:

•  Evan Smotrycz will repeat his junior year at New Hampton

•  Will Tye (Xavier HS, CT) and Mario Monroe (North Cambridge Catholic HS, MA) will both re-do their junior seasons at their current schools and then attend a prep school in their senior year

•  Corey Wright Jr. will join the class of 2010 at Marianapolis Prep