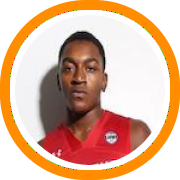 Putnam Science Academy and New Heights forward Bryce Harris announced his commitment to Howard University on Saturday.  Harris is a New York native who played last season in North Carolina before arriving at Putnam this fall.  A powerfully built wing-forward, Harris has a college ready body, high-motor, and infectious energy level. He's also worked hard in recent years to expand his skill-set and shooting ability.  He is the 7th member of PSA's 2021 class to commit to a D1 school,… READ MORE >

Yale head coach James Jones joined the most recent episode of The Upside Podcast.  Jones has been at the helm of the Yale program for the last 22 years and has made it into one of the most consistent in all of college basketball. They've won five Ivy League championships and finished in the top half of the league for an incredible 21 straight years.  In this wide-ranging conversation, NERR founder Adam Finkelstein and Jones discuss how he and his… READ MORE > 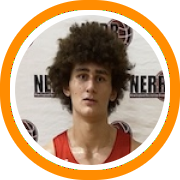 Eight more names were added to the Elite 75 Frosh/Soph list this week bringing the number of total recipients to just under 30 at this point.  As a reminder, the list is not being released in a set order and is selected only from what we saw on the Be Seen Tour and the Virtual Showcase.  With over 45 spots left to go, registration remains open for both "events."  This week's honorees include Bishop Stang and BABC big man Theo… READ MORE > 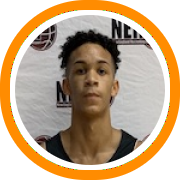 Fairfield Prep is a program on the rise in the CIAC under third year head coach Mike Papale.  Earlier this week, we detailed how the Jesuits will be built around the junior guard tandem of Logan Carey and Max Manjos along with a supporting cast taht includes Finn Donelan, Tim O'Leary, BJ Wentzel, Jack Phelan, Aidan Berry, Brandon Carney, Mike Iannazzo, and Will Graves among others.  Below is the full movie trailer care of Hoop Major as well as individual… READ MORE > 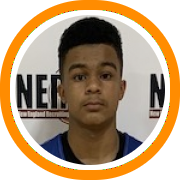 MacDuffie School junior guard Jeremiah Dorsey is now in his second year in New England.  The New York native started his high school career at Molloy High School before transferring to the NEPSAC for the 2019-20 season. He made an immediate impact, being named 1st Team All-Conference in the SENE and finishing as the runner-up for the Player of the Year award.  Expectations were even higher heading into this season following some off-season interest from division I programs and a… READ MORE > 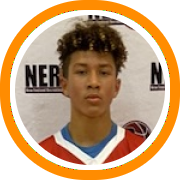 The Be Seen Tour made its way to Fairfield, Connecticut recently to see Fairfield Prep, a program with a rich basketball tradition and a long list of notable alums including Terry Tarpey, Paschal Chukwu, Rich Kelly, Pat Harding, and John Kelly among others.  Head Coach Mike Papale – a longtime college coach with stops at Quinnipiac, UMass Lowell, and Southern Connecticut – wrapped up his second season at the helm of the program last winter by developing a talented young… READ MORE > 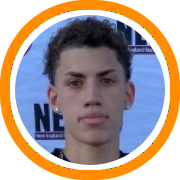 6 more players were added to this year's Elite 75 Frosh/Soph list over the weekend, bringing the total up to 21 now.  As we have said, players are not being released in any pre-determined order or ranked from 1 to 75. But we are continuing to roll out the list based on who we've seen, either with the Be Seen Tour or with the NERR-TV Virtual Showcase.  The latest to make the cut are St. George's and BABC's NeJohn Fortes,… READ MORE >

HoopHall Prep Showcase to return in 2022

It was one year ago this weekend that the inaugural HoopHall Prep Showcase took place at American International College in Springfield, Massachusetts.  Run alongside the annual Spalding HoopHall Classic, the event was located less than three miles away and made it one stop shopping for college coaches throughout the course of the weekend.  With three days and two full courts of action, the event became one of the biggest and best prep events in the country immediately from day one. … READ MORE > 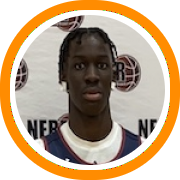 The Elite 75 Frosh/Soph finally began to go live this week.  As we first announced back in September, this year's group wouldn't be selected through our normal showcase, but instead based on what we've seen during the Be Seen Tour and NERR-TV Virtual Showcase (there is still time to register for both before the Elite 75 is completed).  We'll continue to roll out our list of the top underclassmen prospects in New England throughout the course of the next few… READ MORE > 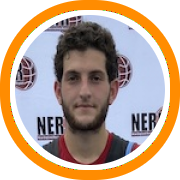 It has been almost a month since our last commitment catch-up and since that time we’ve continued to see a number of local prospects come off the board, albeit still at a slower rate than normal as colleges and universities are first assessing the amount of their current players who plan to utilize their extra year of eligibility while simultaneously also exploring the transfer market.  As always, commitment announcements can be found in real-time on our social media platforms (@NERRhoops… READ MORE >