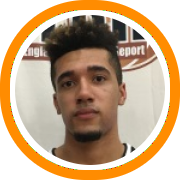 Seven of New England's top 15 ranked players in the class of 2017 have already made commitments, but the other eight don't appear to be far behind as many are narrowing their lists and/or taking official visits with the entire group potentially being able to sign early should they so decide. Here's a rundown of the latest activity with some of New England's best available prospects: Hamidou Diallo hasn't announced any lists or visits yet, but this has all the… READ MORE >

We begin our annual prep profiles series with a look at the defending AAA champions, Northfield Mount Hermon, where they return 12 players from last year’s championship team. Of those 12 players, 7 are seniors and four already off the board as Andrew Platek has committed to North Carolina, Kellan Grady to Davidson, Tomas Murphy to Northeastern and Jerome Desrosiers to Princeton. The tandem of Platek and Grady, which started together in the backcourt last year, figures to be the… READ MORE > 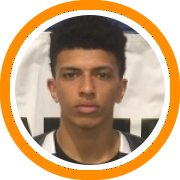 East Catholic and Connecticut Basketball Club guard Mike McGuirl was one of New England's biggest stock-risers this summer, specifically in the last week of July when he picked up scholarship offers by the handfuls at AAU nationals. Kansas State was just one of the schools to offer him that week, albeit the first high-major, and on Sunday, following an official visit to their campus, McGuirl announced that he was committing to the Wildcats and heading to the Big 12. Blessed… READ MORE > 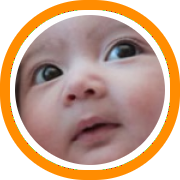 University of Rhode Island assistant coach Jim Carr and his family will hold two coaches clinics this month, including one next Friday, September 16th at URI - to benefit "In Brayden's Eyes, The Brayden Carr Foundation." Brayden was an adorable two and a half year old boy who’s beautiful life was much too short. Brayden’s battle remains an inspiration to us and his courage and perseverance is a tribute to the human spirit. Out of horrific tragedy, in May 2011,… READ MORE > 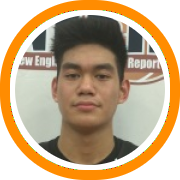 The first day of the fall recruiting period brought a typically high number of college coaches to New England and it got off to an early start with both Vermont Academy and St. Andrew's holding morning workouts before the school day. With unsigned 2017 products Christian David, Marcus Santos Silva and Jordan Nwora all heading into the final stages of their recruitment, head coaches from Pittsburgh, Northwestern, Butler, Marquette and Creighton were lined up from the trio. Simi Shittu drew… READ MORE >

The NCAA recruiting period begins today and runs through the better part of the next two months until November 9th. A recruiting period, sometimes referred to as a contact period, means it is the time of the calendar year when virtually all forms of permissible contact are permitted. Additionally, coaches are also allowed to come watch a perspective student athlete play - so long as it is at a students' high school and only with other perspective student athletes from… READ MORE >

The search for talent is officially underway in New England’s class of 2020. Yes, they are only incoming high school freshmen and that means there is LOTS still left to be decided, but sometimes talent, or perhaps more accurately described as potential, is recognizable even at this young stage. Consider New England’s current rising seniors. Yes, there were some late bloomers like Wabissa Bede, Geo Baker and Kellan Grady but some of the class’ very best – Tremont Waters, Makai… READ MORE >

A Preview of New England’s 2019 Class

With rankings now updated in the classes of 2017 and 2018, we turn our attention to the underclassmen who will be on center stage at the upcoming Elite 75 Showcase – Frosh/Soph Edition, now less than two weeks away on Saturday, September 17th. Updated 2019 rankings will be released following the conclusion of the second consecutive “Saturday Night Live at the Elite 75” with registered freshmen and sophomore checking in between 4-5pm and the action tipping off at 5pm. Registration… READ MORE >

Mass Rivals longtime point guard Makai Ashton-Langford made a verbal commitment to the University of Connecticut on Monday following his official visit to the campus over the weekend. The Worcester native had previously trimmed his list to just two schools - UConn and Providence - and visited both campuses this week. He was also widely recruited by some of the other top programs from around the country before it became clear he would definitely stay close to home. ESPN broke… READ MORE >