The D.C. Blue Devils saw their third player commit to a division I school in the last two weeks as Sukhmail Mathon announced his pledge to Boston University and head coach Joe Jones on Tuesday night. Boston University '21 ��⚪️ pic.twitter.com/l4oXVvkOi8 — Sukhmail Mathon (@Smathon123) August 9, 2016 He follows in the foot-steps of AAU teammates Geo Baker and Caleb Green who committed to Rutgers and Holy Cross in consecutive weeks. Mathon joined the Blue Devils earlier this spring and… READ MORE > 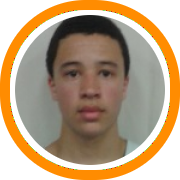 Proctor Academy and D.C. Blue Devils point guard Caleb Green made a verbal commitment to Holy Cross on Friday night before announcing his decision via his twitter account on Saturday. Holy Cross Class of 2021! pic.twitter.com/wadw6NyGcC — Caleb Green (@_caleb4) August 6, 2016 Green chose the Crusaders over other offers in conferences including the America East, Ivy and MAAC in addition to other offers in the Patriot League. At 5-foot-10, Green has proven himself to be a rare exception to… READ MORE > 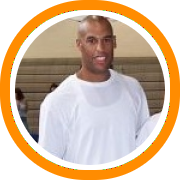 The 10th Annual Scott Hazelton Basketball School begins Monday. Each and every August since 2007 the New England Recruiting Report has made the trip to Andover, Massachusetts for the annual Scott Hazelton Basketball School directed by the former McDonald's All-American (2000).   This year will be no different as the camp will be held from August 8th – 11th at the Greater Lawrence Technical School in Andover.  The New England Recruiting Report will once again be front and center on… READ MORE >

Over the course of the next few weeks the New England Recruiting Report will be profiling some of the most notable prospects set to arrive in the region this fall as part of the incoming prep school class. Earlier this week NERR contributors Luc Smith and Zack Sandberg released their updated list of prep school commitments, which now includes over 200 names. Perhaps the most well known name on that list was that of Simi Shittu, a 6-foot-8 forward who… READ MORE > 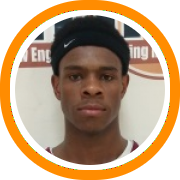 Only five prospects in New England's rising senior class of 2017 have come off the board thus far, but with the July evaluation period now behind us, several others have taken steps to bring their recruitment forward in the process i.e. where they stop looking for scholarship offers and instead begin to focus on some finalists. The trend across the country is for these final lists to be much longer this year than in previous years, with many players keeping… READ MORE > 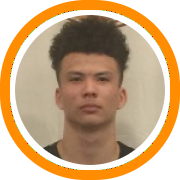 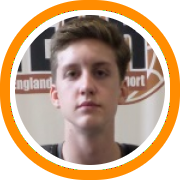 NO SUCH THING AS “UNDERSIZED” IN TODAY’S GAME We hear about it at the NBA level all the time. A team goes to their “Small Ball” lineup in order to counter their opponent’s size advantage with speed and skill on the perimeter. It’s nothing new on the New England prep circuit, where prospects like Bonzie Colson (Notre Dame) and Georges Niang (Iowa State) have taken advantage of bigger defenders by dragging them out to the perimeter, opening up the lane,… READ MORE > 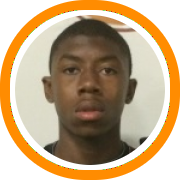 Hamden High School and USAD point guard C.J. Seaforth made a verbal commitment to Iona on Monday. The Gaels became the latest division I school to offer Seaforth a scholarship earlier this summer after head coach Tim Cluess and associate head coach Jared Grasso watched him at the Big Apple Summer Showcase. Seaforth had several other division I offers on the table and was likely to see his stock continue to rise but nonetheless decided to call it early for… READ MORE >

Several local New England prospects are currently in California taking part in Adidas Nations. Adidas Nations brings together some of the top U19 basketball players from the U.S., Europe, Africa, Asia, Australia and Latin America. A multi-faceted international curriculum featuring NBA coaches and players, as well as current collegiate players acting as camp counselors, aims to provide invaluable insight and first-hand knowledge to the participants, illustrating the pressures, rigors and challenges that accompany the rise of any aspiring NBA star.… READ MORE >