Next Best Basketball released four new highlight reels last weekend, profiling four of the top players for the D.C. Blue Devils. The Blue Devils had a very succesful month of July, winning the Hoop Group Summer Tip-Off, advancing to the finals at the Summer Jam Fest and then a run to the Elite 8 at AAU nationals in Louisville. Incoming Kimball Union Academy forward Nathan Knight was a huge stock-riser this summer, scoring a reported 27 division I offers: Geo… READ MORE > 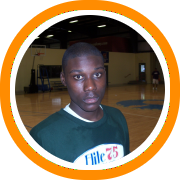 As anticipation builds for the eighth annual Elite 75 Showcase - Frosh/Soph Edition, the New England Recruiting Report and HoopRootz have been taking to social media to recall some of the top moments and most notable alums from year's past (see twitter blog below). While this year's event is once again expected to host the very best freshmen and sophomores in New England, and consequently have major implications on updated rankings in '18 and '19, it will also take on… READ MORE >

ESPN wrapped up the release of their updated rankings in all three classes with their ESPN 60 (2017) and ESPN 25 (2018). New England was well represented in the rising junior class with four local products cracking the 60. First up was Putnam Science Academy and New York Jayhawks guard Hamidou Diallo who made a big impression this summer, rising all the way up to 10th in the country. Next up was Cushing Academy and Mass Rivals point guard Makai… READ MORE >

ESPN published their updated national rankings in the rising senior class of 2016 on Wednesday and New England was well represented on the list. Omari Spellman, who is joining St. Thomas More this season, remained the 16th ranked player in the country. The Villanova pledge went down with a summer ending injury on the first day of the July evaluation period but had already made a statement with his play at the Nike Skills Academy. Wilbraham & Monson forward Wenyen… READ MORE >

CoxHub, in collaboration with the New England Recruiting Report, has announced a new podcast series entitled "Upside." The Upside podcast series will cover New England and local recruiting but also basketball at all levels, including college and the NBA, and even extending beyond New England's borders when appropriate. The bottom line is that nothing with the roundball will be off limits in this podcast series. The opening podcast includes NERR founder and ESPN recruiting analyst Adam Finkelstein recapping the summer… READ MORE >

BallasTV Breakout, Boston’s Best on Tap for this Weekend

We haven't even hit the month of September yet and already high level basketball is back on the weekends. In fact, this weekend the city of Boston will host a pair of showcases, both of which promise to be full of talent. The BallasTV BreakoutShowcase will take place on Saturday at UMass Boston. The event, which is generating quite a buzz in recent days of Twitter and other forms of social media, includes 3 guaranteed games, all-star game, dunk contest… READ MORE >

After debuting in the top spot of the initial NERR Class of 2018 rankings, Brimmer & May guard A.J. Reeves is looking to defend his spot at the upcoming Elite 75 Showcase – Frosh/Soph Edition. Reeves had a dynamic performance at last year’s event, followed by a strong freshman season at Brimmer & May. It was more of the same during the AAU season as he impressed on multiple national platforms and earned his first D1 offers in the process… READ MORE >

One of the new players coming to the New England prep ranks this year is ESPN 100 power forward Taurean Thompson. Thompson is a six-foot-nine big man who previously starred at St. Anthony's High School in New Jersey but will be finishing his high school career at Brewster Academy. Thompson was one of the most promising underclassmen in the northeast a few years back until an injury cost him his sophomore season. He's made great strides since returning to the… READ MORE >

As anticipation builds for the eighth annual Elite 75 Showcase - Frosh/Soph Edition, the New England Recruiting Report and HoopRootz have been taking to social media to recall some of the top moments and most notable alums from year's past (see twitter blog below). While this year's event is once again expected to host the very best freshmen and sophomores in New England, and consequently have major implications on updated rankings in '18 and '19, it will also take on… READ MORE >

In this CoxHub feature, we look back on the career of Jalen Adams to date, both in the prep and AAU ranks, and look forward to exactly what we might be able to expect in his first season at UConn. Adams was the top ranked player in New England last year and one of the best guards we've seen come out of our region in quite some time. He might not have played his first college game yet, but he's… READ MORE >