Tuesday was a big day for Putnam Science Academy’s underclassmen tandem of Mamadou Diarra and Hamidou Diallo, who both earned their first high-major offers. Diarra, a six-foot-eight junior big man in his second season at PSA, had picked up a variety of mid-major offers including Duquesne who became the first Atlantic 10 program to offer him last week. Diallo, a six-foot-four sophomore, picked up his first division I offer this summer after announcing he would reclassify to 2017 at PSA… READ MORE > 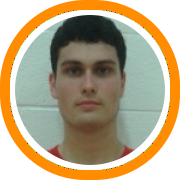 There might be a lot of returning players at the New Hampton School, but this will be a very different type of team for head coach Pete Hutchins. While many of his recent teams have been characterized by their skill and execution on the perimeter, this is far and away the biggest team he’s had since taking charge of the Huskies. In fact, it’s very possible that New Hampton starts a trio of six-foot-nine forwards next to a six-foot-seven shooting… READ MORE > 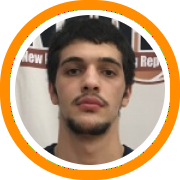 A quick scan down the St. Thomas More roster reveals plenty of familiar names. Six players from the state of Connecticut, eight who played in New England last year, four from the state of New York, another from New Jersey, and then a pair of international products. The advantages of such a centrally located roster are two-fold for the Chancellors. First, most of these guys already know each other. Many have even played together before and so the task of… READ MORE >

NERR's latest collaboration with Cox Hub profiles New England's latest freshman class. We had a chance to meet some of those guys on our most recent episode of NERR-TV while we break down the names you need to know in 2018 in our latest contribution to the Cox Hub website:READ MORE > 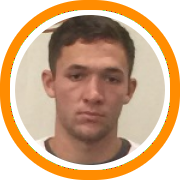 Brewster Academy might be AAA’s best team on paper, but do a quick poll of the coaches and ask them who this year’s favorite is and you’ll hear a lot saying Northfield Mount Hermon. NMH returns virtually their entire rotation from a team that advanced to both the semifinals of the AAA tournament and the National Prep Championship a year ago and in a league where the teams typically turnover the vast majority of their line-up on an annual basis,… READ MORE > 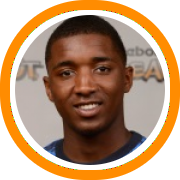 Our preview of the upcoming prep school season begins in the same place where the 2013-2014 season ended – Brewster Academy. The Bobcats set the bar from start to finish last season, not just in New England but across the country.  Jason Smith’s club finished with a 33-2 record and duplicated the feat of their predecessors from 2010 by capturing both the NEPSAC AAA Championship and National Prep Championship. No other program has ever won both titles in the same… READ MORE > 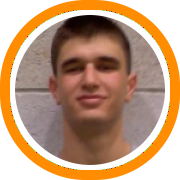 Lost amidst the confusion of a 36 hour period that included five local division I commitments last week, Houlton (ME) High School and Maine Athletic Club star Kyle Bouchard made a verbal commitment to Bentley. The commitment was a big one for the Falcons as Houlton made a choice for the NE-10 program despite owning a pair of scholarship offers at the division I level. Houlton has had a decorated career to date, earning first team all-state honors last year… READ MORE >

New England's sophomore class is absolutely loaded!The latest episode of NERR-TV profiled four of the best sophomores at the recent Elite 75 - Frosh/Soph Edition while our latest collaboration with Cox Hub breaks down why 2017 has a chance to be New England's most talented class since 2011 or 2012.READ MORE > 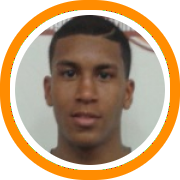 Hoop Group came to MIT on Sunday for their annual Top 100 showcase.  With a very talented and veteran field, we saw improvement in a lot of already established prospects in New England.  The following players stood out during the course of the day, which included intense skill development stations and games: Isiah Ice (Notre Dame Prep, 2015)- The 6'0 guard did a great job of leading his team and getting everyone involved.  He was able to score off the bounce,… READ MORE > 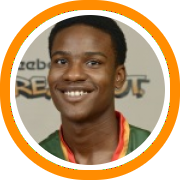 New Hampton post-graduate guard John Crosby made a verbal commitment to Dayton on Monday, less than 24 hours after returning from his official visit.  Crosby is a long and athletic six-foot-three combo-guard who came to New Hampton by way of Baltimore.  He starred for We-R1 on the AAU trail this summer, helping them to the championship at the Under Armour Association in Atlanta. Crosby went on to earn high-major offers in the process and even turned down a late offer… READ MORE >