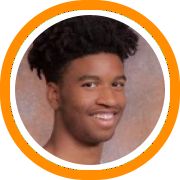 The action was jam packed on Saturday at St. Andrew's School as both Sage Court and Jones Court had games throughout the day, providing college coaches with a premium setting to get multiple evaluations all day long. Here's a look back at the action:

Brimmer and May received great contributions from guard Jimmy Yfantopulos, who hit five three-pointers and star A.J. Reeves, who scored 24 points and threw down roaring dunks to get the crowd going early in the day. Central Tech pulled away late and got clutch performances in the game from Evan Shadkami who hit four consecutive threes and Isaiah Cromwell-Wright who had some key defensive plays to keep the momentum on the Blues side.

A gifted CBD Montverde squad got its second win in as many days with a convincing win over Leman Manhattan. Guard Niles Dilosa initiated the offense with 13 points while forward John Long displayed great quickness and athleticism on defense.

Beaver Country Day pulled off the upset of Day 2, besting a skilled Bill Crothers squad in a game that went down to the wire. Beaver Country Day got a huge effort from guard Jayden Depina, who tallied 21 points, 7 assists and 4 steals.

Ben Eke got @TMSBBallcoach off to another quick start but Gould's BALL MOVEMENT, unselfish play & shooters have them up 61-45 w/ 13:30 left pic.twitter.com/zLHuE6d7EV

A very well-coached South Kent program pulled off the 14-point victory against Bridgton Academy. Bridgton received great production from guard Joe Sieger who chipped in with 15 points and 5 assists. South Kent’s Kevin Smith was pivotal in the win with 23 points and some key defensive stops throughout the game.

Hyde School displayed great toughness in this close bout between programs with elite student athletes. Evan Roteman of Green Farms stood out in this one, earning Player of the Game honors with a full stat line of 14 points, 5 assists and 4 steals.

David Penney was the leading scorer for London Basketball Academy with 23 points and helped forced some key turnovers for buckets in transition. New Hampton’s deep roster was a difference maker in this game – big man Khalea Turner Morris added 20 points and dominated the post throughout the contest while Player of the Game Kimani Lawrence provided 20 points as well.

NY International Academy displayed great ball-handling skills throughout the game and saw guard Ricky Yang execute crisp passes to his teammates for easy buckets. Belmont Hill built their lead with key play from forward David Mitchell, who scored 22 points including an outstanding put-back dunk for a three-point play that brought the crowd to their feet.

St. Andrew’s, the host school for the Prep Classic, had a raucous crowd in attendance and got stellar play from guards Cole Swider and Kahleb Downing. Loomis Chaffee got 20+ points from both forward Jesus Cruz and guard Reggie Gardner pulled the game out of reach as the second half dwindled down.

Lee Academy’s squad showed great intensity from start to finish in both of their bouts this weekend. Brooks School had too many weapons in both the starting lineup and off the bench and should be a very competitive team this upcoming season.

Kent School kept the game close until late in the second half, commanded by Brandon Hovrath and Randall Brumant. Northfield Mount Hermon’s depth proved to be the difference maker, with their backcourt of Kellan Grady and Andrew Platek in addition to F/C Matt DeWolf all scoring double figures.

This Knox School program knows what it takes to win tough matchups – they get key buckets at crucial points in the game, lock down defensively and do not turn the ball over. Knox’s excellent guard play was the difference and Tyler Hammond should be a player to watch this season.

Wilbraham and Monson received excellent play from Daniel Klosk and Miles Lester who displayed their skillset with crisp passes and strong takes to the basket. Cheshire Academy’s offense was driven by athletic big Chol Marial and guard Rich Kelly who scored 27 points.

Millbrook showed grit throughout the game by continually locking down on defense and forcing some key turnovers to keep the game within reach. A talented Rivers School program was too much to overcome, led by Azar Swain who demonstrated his elite talent to the tune of 23 points and eight assists.

A well-coached Notre Dame Prep Team got hot from the get-go and executed the fast break effectively throughout the game. Prep was led by Zep Jasper who paced the offense with 17 points and 6 assists.