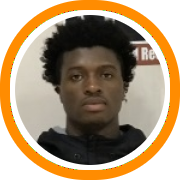 The Zero Gravity Prep Classic tipped off on Friday night at St. Andrew's School in Barrington, Rhode Island and included seven hotly contested games that brought out fans, media and college coaches alike. Here's a look back at the action:

A closely contested matchup that saw Spire lead early in the first half. Spire was led by guard Isaiah Boggs who scored 14 points including a thunderous dunk and some excellent buckets in transition. Knox pulled away after halftime driven by guard Tyler Hammond with 17 points and 7 assists.

The Masters School executed their game plan of playing very efficiently, guided by their tremendous backcourt of Ben Eke and MJ Richardson; Richardson finished with a full state line of 11 points, 8 assists and four steals. Beaver Country Day’s offense was fueled by Javon Taylor who continually hit tough shots throughout the game.

A terrific matchup that came down to the game’s last possession. Worcester received huge contributions from Mitch Doherty in the frontcourt and Quest Harris in the backcourt, who hit a clutch three-point play with a minute left to give Worcester the lead. Bridgton was too much to overcome, driven by Bobby Plauntis who hit two free throws with under ten seconds left to give Bridgton a lead they wouldn’t relinquish.

An exciting game between two powerhouse programs that was decided in the final minutes. Cushing’s offense was led by blue-chip prospect Wabissa Bede and forward Greg Kuakumensah with contributions from David Duke. South Kent School’s offense was spearheaded by forwards Trevor Moore and Malachi de Sousa who chipped in with 23 total points.

Toronto Basketball Academy took control of the game early with steady play from guards Cordell Veira and Adham Eleeda and forward Jace Colley. Dexter Southfield pulled the game to within reach late in the fourth, turning some key turnovers into transition buckets. However, Toronto Basketball Academy pulled away with key defensive stops in the final minutes by Colley to seal the victory.

This game was tight throughout entire first half and went into halftime all knotted up. Bill Crothers started the second half with great intensity spurred by star Emmanuel Miller with 16 points and point guard Stefan Smith with 17 points and 6 assists. Lee Academy’s offense was pioneered by star Gintaras Bartaskas who finished with a total of 14 points.