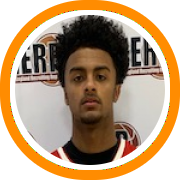 The second week of Zero Gravity's Path to the Belt saw an increased caliber of talent and competition from start to finish.

The New England Rivals and Bay State Jaguars both won championships in their respective 10th grade divisions while the Rivals and Mass Attack both captured additional titles in the 9th grade division, along with Middlesex Magic Corcoran.

Here's a look at some of the top individual prospects and performances from throughout the weekend:

Jadon Archer, RI Elite- Archer is an ultra-aggressive guard who did it all this past weekend. Showed a good shooting stroke, but he is at his best slashing to the basket. He also attacks the boards relentlessly and uses his athleticism to get where he wants when he wants. He physically outcompeted both bigs and littles all tournament.

Josiah Perez, RI Elite- Perez is a stout big man who hangs his hat on the little things. He plays tough, uses his body well, and was a great defensive communicator over the weekend. His intangibles play a big part in RI Elite's winning swagger.

Sebastian Thomas, RI Elite- RI Elite wouldn't have won without him down the stretch. He plays within himself and is an excellent shooter in rhythm. The Bishop Hendricken standout often put himself in the right spot at the right time and used his scoring prowess to capitalize.

George Smith, Middlesex Magic- His shot abandoned him a bit in the championship game, but prior to that, Smith had been sensational scoring the ball. He plays with confidence and executes off the catch or off the dribble. Brooks School and the Magic have themselves a true wing who finishes well from deep, in the midrange and at the rim.

Robbie Stankard, Middlesex Magic- His pick-and-pop ability is lethal. He is a savvy screen setter who showed top-notch footwork to create favorable offensive looks, both inside and outside. Exeter's big man is very active with his wingspan and finds a way to contribute in any role.

Kurtis Henderson, Middlesex Magic- A smaller point guard, Henderson is muscular and quick, making him a pain to deal with on either end of the court. He makes good reads off of ball screens and has a comprehensive skill set that allows him to both shoot or get at the basket based on the situation.

Earl Tucker, Team Prodigy- Tucker is a senior at Milton High School and likely a nightmare to handle in the MIAA this winter. He has length, speed, and skill, which makes him a real matchup problem when he's looking to attack. Showed functional defensive versatility at times covering guards, wings, and bigs.

Max Hall, A Step Ahead - A very well rounded point guard who is A Step Ahead's bell cow. He knocks down jump shots with ease and has some craft to his finishing. He distributes intelligently and works hard on both ends of the court, as well. He plays with conviction which yielded valuable production for ASA game after game.

Stephen Kelly, Cobras- Kelly is a strong point guard with a soft touch. He doesn't "pop like his Whitman-Hanson teammate Rice," but he does shoot and pass well very consistently. He competes hard and makes the right plays, on and off the ball.

KC Ugwuakazi, Team Spartans- Ugwuakazi makes himself known when you're watching. He has a flair for the big rebound or block. He also demonstrated good speed and agility for a four/five, providing defensive versatility and comfort for the Spartans.

Isaiah Miranda, RI Elite - Needs to continue to develop physically, but already has an elite ability to impact the game as a rim protector. His length was unmatched as he anchors the paint. The Tolman big man reportedly picked up an offer from Siena during the weekend.

Aidan Olivier, Mass Rivals Gold Vin- Olivier is a wing with more strength than most, if not all, the bigs in the division. The Burlington product used his physical advantages well to serve as a production machine. There were some spurts where he asserted himself the opposition had no solution. Continuing the fining tuning of his skills could make him a real problem down the road.

Dana Fisher, NE Rivals Henderson- His lack of height hurts him, but he has a deft handle, quality shot-making, and sees the whole court well. He was an impact player offensively, filling it up and setting up his teammates, while providing great activity on defense.

Kamari James, Team Sims- He has a phenomenal handle and body control for his age. Those traits have turned him into a determined scorer who creates his own opportunities and takes advantage of defensive lapses. He also showed smooth outside shooting on the weekend. The Needham guard is an unquestionable source of energy and refuses to go down without contributing his best.

Trevor Mullins, Bay State Jaguars- Mullin was the deserved Player of the Game in the Jaguars 10th Grade American title game. He possesses great instincts and was unphased by any kind of pressure. He does a high caliber job of mixing in his teammates, yet knowing when his team needs him to make something happen himself. His basketball IQ and rock-solid foundational skillset make him a reliable producer.

Malik Lawson, Boston Panthers- Perhaps the top scorer ability-wise in the entire 10th International division. LawoScored the ball well, especially when he got downhill. He also facilitated wisely and looked to make sure his teammates got theirs as the Panthers cruised to a title.

Jake Peterson, Rise Above- Peterson is a long and agile swingman. He was terrific defensively, blocking shots, deflecting passes, and making steals. He also showed a mature and disciplined approach to offense.

Justin Dadah, Middlesex Magic Wilder- The wing from Leominster brings a balanced offensive arsenal to the table. A bigger wing, he was the leading producer for a deep Magic squad. He looks like he possesses a strong build and skillset to grow upon.