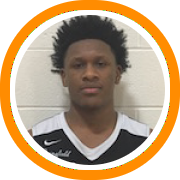 Fall in New England might be my favorite time of the year. It’s got nothing to do with the fact that I only have to pack one sweat towel per gym once the weather sets in. That’s just an additional perk. It’s the annual influx of premium basketball talent that makes all the day trips to area prep schools worth every minute.

This year’s newcomers have been as good as advertised, with dozens of prospects adding scholarship offers and making their presence felt within their individual programs. Here’s the first look at what’s been happening inside open gyms across New England this fall….

It’s only appropriate to kick off the new season with an entirely new program. After leading Springfield Commonwealth to a berth in the National Prep Championship last season, Tony Bergeron has been handed the keys to Woodstock’s new prep program. Bergeron will have a blend of fresh frontcourt faces and known New England backcourt prospects to help him jumpstart things in Northern Connecticut.

6’6” Dibaji Walker is the son of former-NBA veteran and has already opened the eyes of D1 programs since arriving on campus. Walker has the ideal frame for today’s game, with wide shoulders that could easily add 20-30lbs of muscle over the next few years along with a 7-foot wingspan that allows him to be productive on the boards and finish well above the rim. Walker has recently added offers from Wyoming, Central Connecticut and Elon.

A pair of versatile pit-bulls, Luis Rodriguez and Jeameril Wilson, have also separated themselves since arriving on campus. Rodriguez, a 6’6” postgrad from Los Angeles’ powerhouse Westchester HS, owns an elite motor to go along with a well-rounded skillset that allows him to attack the basket or produce from the perimeter. It has earned him offers from UMass and San Jose State. Wilson, a 6’6” Chicago-native, is a high-academic prospect who isn’t afraid to mix it up down low but is equally adept at putting the ball on the floor to create his own offense. Wilson recently committed to Lehigh.

Woodstock’s all-New England backcourt is led by Jakigh Dottin, Joey Kasperzyk, Ty Perry and Chaylyn Martin. There is no shortage of explosive ability or vocal leadership within this crew and it’s been welcomed by Bergeron since day one.

Dottin, coming off a fantastic summer in the EYBL with The BABC, has carried that momentum into his postgrad season. The 6’2” point guard has blossomed under the guidance of Woodstock’s strength-&-onditioning coach Brendan Ostaszewski and the results are obviously translating on the court. Dottin is showing exponentially more bounce, now throwing down windmill dunks, while investing time to improve his jumper as well.

Bergeron’s system is the ideal home for Kasperzyk’s unique talents. The explosive 6’2” postgrad from Hillhouse-New Haven is being encouraged to attack and wreak havoc on both ends while using his athleticism to finish plays above the rim. Kasperzyk has also provided a stable presence to Woodstock’s point guard position, consistently taking what the defense concedes and trusting his talented teammates to make plays without forcing the issue. Some program will recognize the rare blend of energy, aggression and consistency that Kasperzyk brings to the table in the near future and secure the services of one of New England’s most dynamic guards.

Martin, a Sacred Heart-commit, simply finds ways to make plays every time he’s on the floor. Whether he’s using his 6’8” wingspan to get into passing lanes or his easy bounce to sky above crowds for rebounds, Martin is a selfless winner who’s willing to do whatever the team needs.

Perry has been the early-season revelation for Woodstock. The 6’3” postgrad from Brighton, MA brings a sturdy frame, confident swagger and rugged no-nonsense style that lets him finish through contact at the rack. Perry has also shown the ability to be a consistent knock-down shooter from the wing over the last month. Perry’s emerging skillset, combined with his refusal to back down to anyone in any situation, should have him on the D1 radar before long.

ONE TO WATCH: Tre Mitchell is one of the few 2019 prospects that Bergeron brought in this season. Mitchell, originally from Elizabeth, PA, is a 6’9” big with an advanced skillset and unique feel for the game. Having already shed 2.5% body fat since September, Mitchell’s stock could explode given the fact that he’s a true junior and has the ability to score from all 3 levels. He already holds offers from the likes of Penn State, Kansas State, and UMass.

Losing your head coach is something programs have come to expect in the New England prep ranks. If you experience the type of success that SCA did just four years into their program’s history, it’s only a matter of time before opportunities come knocking at the door. Issues become compounded when you graduate Hasahn French, Derrick Ellis, Shyheim Hicks and 13 of their fellow seniors in 2017. So, heading into this year, nobody really knew what to expect from the SCA program and their new head coach Walter Mfuko.

Let me be the first to tell you: Don’t worry about SCA, they’re gonna be just fine!

Cam Sells may be the only returning player from last year’s Prep Championship qualifier but the cupboards are far from bare. Sells has flown under the radar over the last few seasons while being surrounded by waves of older talent but the 6’3” wing’s toughness, grit and unselfishness always made him one of the program’s most respected players. He’s also flashed an improved jumper and increased athleticism heading into his final season in Springfield. Sells has embraced a leadership role within the program and will be relied upon for his experience on a team full of newcomers.

SCA will feature a talented and battle-tested guard trio in Malik Zachery, Demarius Pitts and James Lee. Zachery is a 6’2” lead guard out of Syracuse who made a splash early in his prep career as a shifty ball-handler, just as capable of creating offense for himself as he was for others. He comes to CA with an offer from Canisius.

Pitts, a 6’4” wing from Washington, DC and Frederick Douglass HS, can give CA quality minutes as a primary ball-handler or as a wing creator depending on the matchup. Armed with a 6’7” wingspan and a frame that could easily pack on another 15lbs of muscle, Pitts’ versatility should help his stock rise during the season.

Another DC-area prospect will see his stock rise during his first season in New England. 6’2” PG/Wing James Lee is a dynamic and strong-bodied athlete with the ability to affect the game on both ends of the floor. Lee brings a running back’s mentality to the open court, refusing to break stride while using his 6’7” wingspan to finish through contact at the rim. Lee is a coachable young man with a good work ethic who will be in the conversation when it comes to the area’s best 2019 point guards.

ONE TO WATCH: Valentin Smith comes to SCA from Paris, where he was a member of France’s U18 National Team. Smith’s fluid motions and easy bounce caught my eye the first time I caught Commonwelth’s open gym this fall. His prospect profile continued to grow with an excellent showing at the NERR Elite 75 Frosh/Soph a few weeks later. During my return visit, Smith measured in with a 6’7.5” wingspan and finished things off with an aerial display despite just having finished a 2-hour open gym. As the 6’3” lefty adjusts to the intricacies of the American game and becomes more comfortable with the language, Smith could be one of the more sought after point guards in the 2020 class.

This may be the year head coach Rock Battistoni’s patience and investment in developing young prospects at Loomis pays off in a big way. Battistoni’s ’17-‘18  squad features one of the top-50 prospects in the national class of 2019 (IMHO), one of the most underrated seniors in New England and a group of young men with chips on their collective shoulder and something to prove.

Jaiden Delaire, a 6’8” wing equipped with a 7’1” wingspan, turned heads over the course of the summer while running with the Connecticut Basketball Club. Delaire’s improved ball-handling skills, dependable 3-point stroke and ever-evolving athleticism made him one of New England’s most coveted 2019 prospects. Heading into the season as one of Loomis’ veterans, Delaire is noticeably more vocal and has taken ownership of the program.

During one particular open run in early-September, which was also attended by UConn head coach Kevin Ollie and Wake Forest head coach Danny Manning, Delaire made an obvious effort to put his new and younger teammates in position to succeed before looking for his own offense. His communication skills have also improved exponentially now that he truly grasps what Battistoni expects on both ends of the floor. Delaire will share those responsibilities with another talented Loomis vet.

Nelson Boachie-Yiadom spent the first month of the spring running with Metro Boston before heading back to London to play for England’s National Team. Boachie-Yiadom is a 6’9” Big/Wing with a versatile inside/outside offensive game who somehow remains under the recruiting radar both locally and nationally. His ability to handle the ball in the open floor has improved since last season and his 7-foot wingspan allows him to be a menace on the boards. Boachie-Yiadom’s size, mobility, catch-&-shoot ability and high-academic package will make him one of the more interesting prospects to watch this season.

Postgrads Jalen Cobb and KJ Harris also showed well during the open run. Cobb, a 6’2” guard from Georgia, is a confident scorer who can make defenses pay from the perimeter or by getting to the rack. Harris may only be about 6’ tall but he’ll wake up the gym with his ability to finish above the rim, as he showed in the highlights above. Their abilities to play off the ball whenever Delaire is acting as the primary ball-handler make Loomis a tough team to prepare for and will be a major key to their success.

Two returning big men have also showed extensive improvements this fall. Jake Glezen, a 6’8” bruiser who ran with Team Rio on the Under Armour circuit, will benefit from the perimeter skills of his teammates and will often find himself in 1-on-1 rebounding battles in the post. Glezen thrives in that environment and is the type of low-maintenance cat who can rack up double-doubles without offensive plays being run through him, specifically.  Ade Karera looks like he’s back to full health and, at 6’10” with quick bounce, could bring a phenomenal weakside shot-blocking presence to the rotation.

ONE TO WATCH:  Reece Brown, a new member of New England’s talented 2020 Class, has all the traits that are usually associated with a highly-touted prospect in today’s game. The 6’8” wing has the ability to handle the ball in the open floor and knock down shots from the perimeter. He also owns the genetics of a former NFL tight end who is a media member in upstate New York. His father, Derek Brown, was a 4-year tight end at Notre Dame prior to being selected in the 1st Round (14th overall) of the 1992 NFL Draft by the New York Giants and, ultimately, spent seven years in the league with 3 teams. The younger Brown is still growing into his frame and figuring out ways to best utilize his skillset but all the tools are there. Despite a hitch in the middle of his shooting stroke, the ball leaves Brown’s hands on a good trajectory and proper rotation. Brown gets up the floor with the same speed of a prospect six inches shorter and throws down effortless circus dunks in warmups like a prospect two years older. The young man is intriguing to say the least!