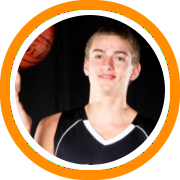 Worcester Academy has their second prospect off the board in the class of 2013 as post-graduate swingman Matt Panaggio made a verbal commitment to Lipscomb University on Monday.

Panaggio is a six-foot-four swingman who graduated from Father Lopez High School in Florida before arriving at Worcester Academy this fall.  He averaged 16 points, 6.9 rebounds, and 4.4 assists per game last year as a senior while shooting 60% from the field en route to being named All Central Florida by the Orlando Sentinel.

He ran with Q6 All-Stars Elite on the AAU circuit where he played alongside several other division I prospects while being coached by former NBA player Willie Anderson.

A college ready slasher with an efficient dribble drive game, Panaggio was seeing recruitment from a wide variety of division I programs following his strong summer on the AAU circuit and a similarly strong first month of open gym workouts at Worcester Academy.

Below are some of his video highlights during his senior season at Father Lopez.