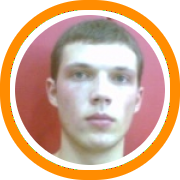 BARRINGTON, R.I. - Worcester Academy came in a little short-handed, with an injury to Tony Dolphin and the recent departure of Gerald McLemore to Maine.  But the Hilltoppers responded to that as well as a second-half run by host St. Andrew's en route to a 67-55 victory on Monday.

Mike Accaoui got off to a hot start for the Saints, making several three-pointers to stake them to an early lead.  Then Gabe Kindred (16 points) and Ben Crenca (14) got the Hilltoppers going, and they led for much of the half and had a 34-27 lead at the break.

In the second half, the Saints got hot from long range again and eventually took a 42-41 lead.  But the Hilltoppers regained the lead and eventually ran it into double digits before the game was over to win going away.

At the nerve center of this win was Kindred, who made several heady plays from grabbing loose balls to make a play to leading transition opportunities and making a short jumper after getting into the defense.  The competitive floor leader isn't jet-quick, but he's a playmaker on the floor and not just in the traditional sense of a point guard.

Crenca, a junior post player, remains an interesting prospect to watch.  On one play, it will be obvious that his conditioning still needs improvement, but the next time down he's running the floor to finish a fast break.  He didn't play his best game, but did show some of what he can do.

The Hilltoppers also got a good effort from Rhode Island native Sam Martin, who made three three-pointers en route to 11 points off the bench.  That helped offset struggles by Austin Carroll and Genesis Maciel, the latter of whom is an intriguing prospect but didn't seem to give much effort on Monday.

Accaoui finished with 25 points in the losing effort, making six three-pointers along the way.  It wasn't unlike watching his older brother, as he's a player you can't leave open if you're the opposing team.  On several occasions, coach Mike Hart yelled at him about his defense, which is one area for improvement.

Teammate Mike Culpo added 19 points and played a fine all-around game for the Saints.  He was active and found a way to score to keep his team in the game, with several baskets coming at key junctures before the Saints ran out of gas.

In the end, the Hilltoppers got a good win, responding to the lower numbers as well as the run St. Andrew's made in the second half.  Getting through this bodes well for them later in the season.

Phil Kasiecki is the managing editor of Hoopville.  To read more of his stories about high school and college basketball please visit www.hoopville.net.