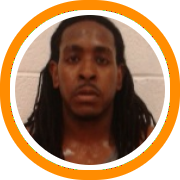 As spring begins to turn to summer, we are now seeing some of the final members of the class of 2013 come off the board.

The most notable recent commitment comes from Foran High School senior post player Austin Woods, who earned an athletic scholarship from Caldwell College in New Jersey.  Caldwell is a division II school which competes in the Central Atlantic Collegiate Conference.

Woods successful senior season was preceded by a solid AAU campaign with the Connecticut Basketball Club last spring and summer.  A six-foot-six big man, Woods completely transformed his body over the last few years, not only improving his conditioning but also making himself a powerful weapon inside the paint.

He’ll bring a rugged approach to the Caldwell frontline while providing them with a college ready rebounder.

He’s a look at some other recent commitments:

• Putnam Science Academy is sending a fourth member of its 2013 class to a four-year college with the announcement that Paul Brooks will be attending Worcester State University.  Smith joins Dayshon Smith (Dayton), Jemal Mosley (New Haven), and Jonte Rutty (Georgian Court). Senior big man Ugur Hortum is heading to Lewis and Clark Community College in Illinois.  Brooks is a post-graduate big man who made rapid strides this season and should make a strong impact at the D3 level.

• Kyle Boucher, a six-foot-eight big man from Maranacook High School in Maine, is headed to Maine Maritime Academy.  Boucher was one of the most improved seniors in the state of Maine this season and was named Kennebec Journal Boys Basketball Player of the Year for his efforts.

• Trinity College has picked up an important commitment from Proctor Academy forward Ed Ogundeko.  The Brooklyn native put up huge numbers for Proctor this season in just his second year of organized basketball after graduating from Thomas Jefferson High School in the Bronx last year.

• Connecticut College has landed their second commitment from Brewster Academy’s 2013 class as Zuri Pavlin will join fellow post-graduate Alex Hall.  Pavlin is an athletic six-foot-six lefty with scholarship caliber talent who should be capable of making a strong impact next season with the Camels.

• Amity High School big man Remi Farrell will be heading to Fort Lauderdale, Florida to compete at the division II level next season at Nova Southeastern University.  Farrell, who ran with Connecticut Gold on the AAU circuit, brings a physical interior player who finishes plays around the rim and rebounds the ball in high volume.

• Kent School senior guard Travis Berry has accepted a walk-on spot at Seton Hall according to Kent head coach Jason Coulombe.  At six-foot-four, Berry is undeniably a scholarship caliber talent who was one of the most versatile players and biggest point guards in the NEPSAC this season.