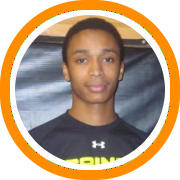 Wood initially committed to St. John's in August while still enrolled at Nia Prep.  Shortly afterward, he transferred to Bridgton.

"I just wanted to open up my recruitment," Wood told CBSSports.com. "Weight my options a little more before the spring hits."

The six-foot-five swingman, who ran with the Playaz Basketball Club during last spring and summer's grassroots circuit, is the fourth player to de-commit from St. John's since September joining Jakarr Sampson and Norvel Pelle, who were originally committed in the class of 2011 before failing to be cleared by the NCAA Eligibility Center, and Ricardo Gathers, a rugged big man in the class of 2012.

Wood's former Bridgton teammate, Amir Garrett, also previously committed to St. John's in the class of 2011, only to be denied by the NCAA Eligibility Center along with Sampson and Pelle, but Garrett remained committed to the Johnnies and joined them late last month at the semester break.

Wood was quoted as saying he would still consider St. John's.  He was also recruited by Seton Hall, Oklahoma State, and Virginia Tech before making his initial decision.