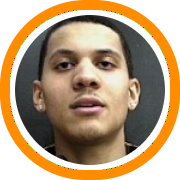 The six-foot-four swingman spent the last two years at Choate after arriving in the United States from his home in Canada, and was a pivotal part of a team that made back-to-back appearances in the NEPSAC Class A final.

Weston averaged 15 points per game while shooting an incredible 49% from behind the three-point line as a junior, earning All-New England third team honors in the process.

As a senior, he led the team in scoring at 18 points per game and shot 42% from the three-point line while again being recognized as an All-New England selection in Class A.

In addition to his prowess behind the three-point line, Weston has a well rounded skill set and a high basketball I.Q. that should allow him to contend for immediate playing time in the Northeast 10 Conference.

Weston joins J.T. Flowers (Yale) and Jeff Coby (Columbia) to become the third player in Choate 2013 class to move on to the scholarship level.

Weston wasn’t the only player to commit to St. Anselm in recent weeks as the Hawks also picked up a commitment from Grant Mackay, a six-foot-seven forward from the Hun School in New Jersey.