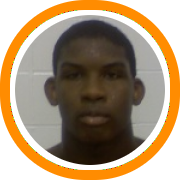 •  Thomas Knight was named the 22nd recipient of Maine’s Mr. Basketball award last week, which annually goes to the state’s top basketball player.  Other finalists were Mick Distasio of Cheverus and Gordon Fischer of Camden Hills.  Knight is the first player from Dirigo High School to ever receive the award and the first from a class C school since 1997.

•  The Jordan Brand announced the selections for their regional game featuring the top players from the New York area in a game that features players from the city against stars of the suburbs.  Trinity Catholic’s Tevin Baskin was named to the suburban team while prep products Dan Jennings, Omari Lawrence, and Kevin Parrom were all named to the city team.

•  The Reebok All-American weekend is being held April 16-19 in Washington, D.C.  The weekend is organized around a national all-star game featuring some of the top players in the country.  New England products Andrew Fitzgerald, Thomas Robinson, Erik Murphy, and Jamal Coombs-McDaniel were all selected to attend.

•  Murphy will also be traveling to the Derby Festival Basketball Classic, another national all-star game, sponsored by Adidas.  He will be joined by fellow Rhode Island native Mike Marra who will be making a brief appearance in Kentucky before he returns next season to suit up for Louisville.

•  Marra will also headline a list of NMHers headed out to the Academic All-American game in Los Angeles.  He will be joined by Peter McMillan and Andrew McCarthy

•  Gatorade has announced their player of the year award winners in all fifty states.  The award goes to the player who best combines athletic and academic merit, and does not have to go to a senior.  New England winners were:  Notre Dame’s Greg DeSantis in Connecticut; Dirigo’s Thomas Knight in Maine; Massachusett’s Nate Lubick in Massachusetts; Tilton’s Alex Oriakhi in New Hampshire; Narragansett’s Jay Jeannotte in Rhode Island; and Burlington’s Clancy Rugg in Vermont.