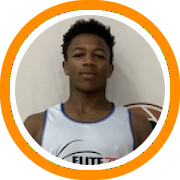 Next up in our tour of New England’s six state associations is Maine’s MPA.

While not quite at the same level as its counterparts in Connecticut or Massachusetts, this is a relatively strong year in the MPA, led by a fairly deep crop of college prospects in the senior class.

Terion Moss is, without question, the most decorated player in the state. He won the Gatorade Player of the Year award as a junior, has won consecutive state championships, and been the final game in all three years of high school. An explosive athlete and true stat stuffer in the backcourt, Moss averaged nearly 18 points, 5 rebounds, 4 steals, and 4 assists per game last season in leading Portland to a 19-2 record. With scholarship offers now on the table from both division I and II schools, he’ll be out to write the final chapter of his incredible high school career.

Farther north, Taylor Schildroth has had an equally impressive career to date. A highly skilled guard who is lethal with his jump-shot, he averaged over 26 points per game last season, reportedly tops in the state. He too has won back-to-back state championships for George Steven’s Academy and even led them to a perfect 22-0 season a year ago in Class C.

Jacob Godfrey is a player who has really started to make a name for himself in the last year. Also from the more northern part of the state, Godfrey has a combination of size, athleticism, and skill that makes him a very intriguing long-term talent and so while he doesn’t have the resume to date of players like Moss and Schildroth, it wouldn’t be a shock if he ended up being the most productive college player of the bunch. Godfrey also has a talented running mate at Hermon in Keenan Marseille, a playmaking guard with athletic tools and toughness.

Yarmouth’s Nolan Hagerty is cut from a very similar cloth to Godrey in that he has good size and budding inside-out tools. At 6-foot-6, he’ll do a lot of damage inside the paint this year but the Brandeis commit will play facing the basket quite a bit at the next level.

Thornton Academy’s David Keohan is another highly impactful frontcourt player who is smart and solid across the board. He too will be able to change the game inside the paint in the MPA but has the soft touch and potential shooting range to project as a wing at the next level, where he already holds a D2 offer.

Westbrook’s Zac Manoogian is a proven shot-maker who is already committed to St. Joseph’s College while other seniors to keep an eye on include Falmouth’s Jack Bryant, Windham’s Nick Curtis, and South Portland duo of Connor Buckley and Riley Hasson.

Top Sophomores & Juniors in the MPA

Bangor’s Matthew Fleming is likely the most talented junior in the state and already holds an offer from the University of Maine, where his older brother Andrew currently plays, to show for it. Fleming also has the same physical tools and budding versatility that his brother was known for at the same stage.

Deering’s Ben Onek is one of the better interior athletes in the state and an unmatched force inside on most nights. He has a quality running mate this year with the arrival of Paul Nthinda from Florida.

Trey Ballew is another clear talent at Portland who should be ready to play an important supporting part to Moss’ leading role. Other noteworthy juniors include Scarborough’s Nick Fiorillo, Kennebunk’s Cameron Lovejoy, Oceanside’s Cooper Wirkala, and Orono’s Connor Robertson.

Zach Maturo is the latest undersized but talented guard to come through the Bonny Eagle program and was the recipient of last year’s SMAA Rookie of the Year award. Jonathan Runnion-Bareford is a prospect who caught our eye this fall whose progress we’re interested in following at Isleboro Central while NYA’s Te’Andre King is also a name to know in 2020.