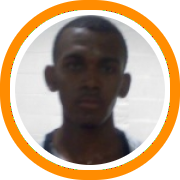 After updating many of the NEPSAC’s top leagues prior to the holiday break, we’ll now focus on the six state associations in New England by profiling the top prospects in each. We begin in Connecticut with the CIAC:

Tremont Waters & Jalanni White, Notre Dame-West Haven – Waters is a consensus top 50 player in the country and Georgetown pledge who is now in the CIAC for the first time after spending the last three seasons at South Kent. His arrival catapults on already strong Notre Dame team to among the strongest contenders in LL this year as his skill set and instincts are several levels above any competition he’s going to see in the coming months. White, the long and athletic senior, has already benefitted from Waters’ arrival as too has junior guard Tim Dawson.

Joe Kasperzyk, Christian Adams & Byron Breland, Hillhouse – The defending LL champions return their “Big 3” from last season and began the year atop most state polls. Kasperzyk was Waters’ back-up on the summer EYBL tour and now becomes his primary competition in the CIAC. Adams, just a junior, already has a division I offer to his name but Breland is held in especially high esteem in the local ranks and looking to solidify his status in the coming months.

Mike McGuirl & Joey Reilly, East Catholic – The defending Class L champions return Kansas State signee McGuirl, who looked to be the state’s top individual talent before Waters’ arrival, as well as sophomore sensation Joey Reilly. McGuirl is a big time scorer of the basketball while Reilly is as mature a 10th grader as you’ll find. Junior big man Rakesh Tibby will anchor the frontline as East Catholic should again be among the top teams in the state.

Jaecee Martin & Chaylyn Martin, Weaver – They’ve had as decorated a high school career as anyone in recent CIAC history but are coming off a heart-breaking double overtime loss in the LL state final. Now, the Martin brothers will have one more season to add to an already illustrious career. Jaecee is the floor general and able to get wherever he wants with the ball while Chaylyn is a high level athlete with the motor to match.

Patrick Harding & John Kelly, Fairfield Prep – Fresh off his most recent offer from Canisius, Harding may be the best true big man in the CIAC thanks to his skill set and high basketball acumen. Kelly, is certainly one of the best junior forwards in the state as well. Together they give the Jesuits one of the best frontcourt tandems there is. The key to the team’s success though will be replacing John’s older brother Rich, who is now doing a post-graduate season at Cheshire Academy, in the backcourt.

C.J. Seaforth, Hamden – The senior guard, who made an early commitment to Iona over the summer, is long, quick with the ball, and improving at a rapid rate. It remains to be seen if he has the same supporting cast as some of his aforementioned peers but he’s certainly among the top playmakers and best sheer talents in the state.

Jared Simmons, Newington – He’s one of the top marksmen in the state but he’ll also have to be Newington’s primary ball-handler for long stretches as the only returning member of their starting line-up. He’s capable of making tough shots off the dribble but he’ll be even better if someone can emerge to help share the ball-handling responsibilities and free him up to run off some screens.

Conor Harkins, Greenwich – He might not have as big a reputation as others on this list, but he’s shown early in the season that he’s capable of holding his own with anyone. The senior guard is highly skilled with a high basketball I.Q. and probably under-recruited. He shoots it with deep range, plays both on and off the ball and could emerge as one of the best players in the FCIAC this year.

Raheem Solomon, Sacred Heart – The only returning starter from last year’s team, Solomon is now ready to take the starring role with big brother Mustapha now at Auburn and Ty Flowers at UMass. He’s far from a one-man show though as Courie Stevenson is ready to make a name for himself and Platt transfer Isaiah Gaiter leading a long list of talented newcomers.