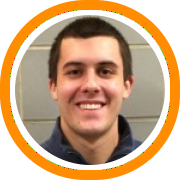 This week’s recruiting headlines were dominated by big crowds at both UConn and Providence for their respective Midnight Madness celebrations on Friday and Saturday night respectively.

UConn hosted virtually the entire Mass Rivals and Putnam Science programs along with several members of BABC’s 10th grade team. The Huskies appear to be targeting a pair of local ESPN 60 guards in Makai Ashton-Langford and Hamidou Diallo and assist coach Karl Hobbs was back at Cushing later in the week to follow-up with Ashton-Langford.

PSA and the Rivals were joined at Providence by the majority of the Expressions program and that meant the Friars had Ashton-Langford and Diallo on their campus as well along with the likes of A.J. Reeves, Aaron Wheeler, Chuba Ohams, Preston Santos, Wabissa Bede, Jarrod Simmons and more.

St. Luke’s (CT) junior Walter Whyte, who played in the Jim Couch Training Showcase Game in New York over the weekend, earned his latest offer from Duquesne just a week after taking an unofficial visit to Seton Hall’s campus.

Putnam Science Academy swingman Saul Phiri is getting back into old form with Delaware becoming the latest school, and first this fall, to offer him a scholarship.

In other NMH news A.J. Brodeur took his official visit to Penn last weekend (he pledged to the Quakers over the summer) while Ian Sistare visited Vermont after seeing Dartmouth a week earlier.

At Vermont Academy, there were a series visitors this week. New England’s best available prospect, Bruce Brown, took his first official visit to Indiana. Bailey Patella took an unofficial visit to Binghamton, who became the first division I school to offer him a scholarship this summer, while the trio of Patrick Fisher, Christian David, Ryan Romich and Marcus Santos-Silva all saw Boston University. Post-graduate David Huber also visited Carnegie Mellon.

This week also saw three newly arrived prep products commit to local division I schools. Cheshire Academy’s Clayton Le Sann, a native of Switzerland, followed in the footsteps of Ray Jerome and Elijah Pemberton to become the program’s third D1 pledge of the week when he verballed to Holy Cross. Le Sann is a 6-foot-4 lefty combo-guard who makes tough shots, has a good feel for the game and should be able to play minutes both on and off the ball this season in AA.

Worcester Academy’s Tanner Johnson pledged to Bryant following his official visit last weekend. A Kentucky native, Johnson is a big time shooter but far from one-dimensional as he knows how to play within offensive structure and is also a good rebounder on the wing.

Another shot-maker, Notre Dame Prep’s Peter Kiss, committed to Quinnipiac on Wednesday. The Bobcats had made Kiss a priority throughout the fall and consequently landed a versatile perimeter player who isn’t just a shooter, but also a high level athlete. Kiss is the 5th Notre Dame player to commit to a D1 school in the class of 2016.