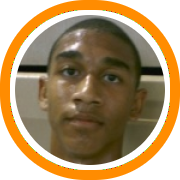 Tucker Esborn – Branford HS (CT):  The New Haven Register player of the week had 28 points and 12 rebounds as Branford won at Hand High School 79-65.  He had 17 & 12 a few days later as Branford knocked off Shelton.

Will Tye – Xavier HS (CT):  He scored 18 points to help Xavier upset two-time defending state champions Hillhouse.  Then on Tuesday he had 23 points and 11 rebounds as Xavier knocked off West Haven 83-58.

Greg Langston – St. Joseph’s HS (CT):  With St. Joe’s down 14 to Harding, Greg Langston took control and scored 23 points in the second half (26 on the night) and also made the defensive play of the game when he took a charge with 34 seconds left in the game.  St. Joe’s went on to win 76-74.

Steve Zazuri – Masuk HS (CT):  The Sacred Heart bound point guard put his team on his back and scored 42 points to lead Masuk over Newtown 80-72 in overtime.  Newtown was previously unbeaten in the SWC.

Matt Pressey & Robert Aery – Cushing Academy (MA):  Playing without Phil Pressey and Kevin Barr, Cushing defeated Cheshire Academy 79-66.  Matt Pressey did a little bit of everything as he finished with a triple double of 17 points, 13 assists, and 10 rebounds.  Robert Aery continued his hot shooting from the perimeter as he knocked down 5 three-pointers and led the team with 26 points.

Hanell Velez – Woburn HS (MA):  The explosive guard scored 32 points to lead Woburn to an 81-47 victory.  Stoneham simply didn’t have anyone who couldn’t keep the talented slasher out of the paint as he was unstoppable going to the rim.

Tyler Patch – Seekonk HS (MA):  With Seekonk down ten points to previously unbeaten Old Rochester, Patch put the team on his back and scored 18 of his game high 33 points in the fourth quarter including 11 straight points during his team’s decisive run.  He also went 15-17 from the free throw line, grabbed 17 rebounds, and handed out 7 assists.

Peterson Bernard & Davidson Hofty – Madison Park HS (MA):  The senior duo was too powerful of a 1-2 punch on the interior as Madison Park knocked off Latin Academy 74-68.  Bernard had 26 points and 13 rebounds while Hofty had 21 points and 10 rebounds.

Ben Crenca – Worcester Academy (MA):  Crenca was at his best when he was matched up against Virginia bound big man Assane Sene as Worcester Academy defeated South Kent.  Crenca finished with 20 points and 16 rebounds.  He was equally impressive a day later as he scored 22 and pulled down 8, as WA gave Brewster Academy all they could handle before losing 81-69.

Scott Anderson – Middlesex School (MA):  The junior forward had an incredibly efficient game scoring 29 points on only 8 shots from the field.  He was 5-7 from the three-point line and scored another 14 from the foul line, to go along with 13 rebounds to help Middlesex defeat Roxbury Latin 68-41.

Pucci Angel – LaSalle Academy (RI):  After being down by 13 points at halftime, LaSalle was led by Pucci Angel who scored 17 of his team high 24 points after the break.  LaSalle won the game 71-67.

Kyle Callanan – Mount Anthony Union HS (VT):  The sophomore guard led his team with 26 points and 10 rebounds but also showed excellent composure down the stretch going 8-8 from the free-throw line in the fourth quarter to lead MAU to a 69-65 victory over Rutland.  Callanan also knocked down four three-pointers in the game.

Gabe Nicasio – Essex HS (VT):  The guard continues to have big performances in big games.  Earlier this week he scored 19 points to lead his team over CVU in a match-up of the state’s 2nd and 3rd ranked teams.

Lucas Croteau – Spaulding HS (NH):  Croteau had another outstanding performance scoring the ball as he poured in 35 points to lead Spaulding to a 69-66 win over Nashua South in overtime.

Oliver Hunter & Sean McClung – Bishop Guertin HS (NH):  Hunter scored 20 points to lead his team but it was the freshmen, McClung, who came up with the heroics at the end of the game as he scored 2 of his 14 points with the game winning shot to lead Bishop Guertin over Timberlane 72-71.

Brad Haase – Hampden HS (ME):  He did it all on Monday night scoring 25 points, grabbing 10 rebounds, and handing out 5 assists to lead Hampden past Skowhegan 66-57.

Derek Libbey – Mattanawcook HS (ME):  After being forced to sit the final ten minutes of the first half with foul trouble, Libbery scored 23 points in the second half (26 on the night) to help Mattanawcook fight back against John Bapst.  Ultimately though, it wasn’t enough as the Crusaders held on for a 55-51 victory.

Mick DiStasio – Cheverus HS (ME):  Cheverus’ undefeated season continues as they defeated Westbrook 68-45 behind 20 points from their talented sophomore guard.

Kris Noonan – Boothbay Regional HS (ME):  The big man made the most of his limited touches on the interior and finished with a team high 17 points and 10 rebounds to lead Boothbay over At. Abram 52-38.