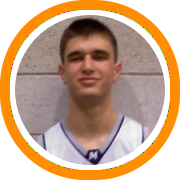 Another week was shortened by bad weather but once again that wasn't enough to stop a variety of top performances from players all over New England:

Player of the Week – Georges Niang, Tilton – The junior forward continued to put up huge numbers while leading Tilton in the scoring department in AA wins over Worcester Academy and Vermont.  Niang went for 29 points and 14 rebounds in an 80-66 win over Worcester then poured in 34 over Vermont.

Player of the Week – Nick Swim, BFA St. Albans – After eclipsing the 1000 point mark for his career last week, Swim just missed his second triple-double in as many weeks with 21 points, 11 steals, 7 assists, and 5 rebounds in the Bobwhites victory over Montpelier.

Player of the Week – Joe Carnavale, East Providence – He put up a game high 23 points on Friday night to lead East Providence to a 56-43 win over LaSalle and followed that up with a 24 point performance, including six three-pointers, in a win over Woonsocket later in the week.

Player of the Week – Desmond Williams, Putnam Science Academy – The post-graduate stepped up to lead his team to a big victory over Boston Trinity after dropping back to back games to Master’s and Marianapolis.  Williams went off for 35 points while pulling in 9 rebounds, grabbing 4 steals, and handing out 3 assists in a 92-77 win.