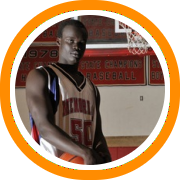 With regular seasons winding down, and actually coming to an end this week in Maine and Rhode Island, top prospects are beginning to assert themselves throughout New England.  Here is a look at who shined the brightest:

Player of the Week - Kris Dunn, New London – The New London junior continued to put big numbers on the board and keep his squad as the state’s top ranked team as a result.  Dunn went for 31 points in a 98-51 win over Killingly and followed that up with 22 points in reduced minutes of a 97-38 win over Ledyard.

Player of the Week – Ahmad Reid, Berkshire – The junior guard went for 30 points last Friday, leading Berkshire to a 73-72 upset win over Hotchkiss in the process.  A day later Reid came back for 18 points, his lowest output of the season, along with 7 assists in a win over Canterbury.  He finished the week up with a 20 point performance against Westminster.

Player of the Week – Evan Tullar, Spaulding – As the catalyst for one of the state’s hottest teams, Tullar takes the honor for the second straight week, scoring 18 points in a win over Mt. Mansfield and putting up a career-high 38 points, with five three-pointers, to lead the Tide (11-4) over North Country and capture its 10th victory in its last 11 games.

Player of the Week – Chris Braley, Nokomis – The junior sharp-shooter capped off the regular season with 28 points in a 52-37 win over MCI.  Then, while the majority of the state’s teams got to re-cooperate for the week, Nokomis knocked off Mount Desert Duel in the preliminary round of Class B East behind 31 points from Braley.