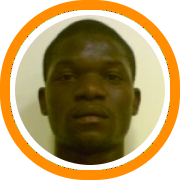 Kyle Callanan – Mt. Anthony Union HS (VT):  The sophomore guard had a triple double as he led MAU over Brattleboro to go to 7-4 on the season.  Callanan finished with 17 points, 10 rebounds, and 13 assists.

Adrian Satchell – Windsor HS (CT):  The versatile forward showed his all around game as his Windsor team beat up on South Windsor 93-48.  How’s this for a stat line; 18 points, 16 rebounds, 7 assists, 5 steals, and 4 blocked shots.  A few days later he was equally impressive as he went for 24 points, 12 rebounds, and 5 blocks in a 74-60 win over New Britain.

Lucas Croteau – Spalding HS (NH):  At the Oyster River Holiday Classic Tournament, Croteau set two tournament records with a 40 point performance including 10 three-pointers to lead his squad over Kennebunk 60-55.  He followed that up with 28 points on the next night for good measure.

Jordan Stinglen – Seacoast Christian (ME):  Stinglen was equally effective from the perimeter and interior as he led Seacoast Christian to their first victory of the season.  He had 24 points, including 4 three-pointers, and 12 rebounds as his squad defeated Greater Portland Christian 43-27.

Jeff Holmes – St. Raphael’s Academy (RI):  La Salle Academy simply couldn’t stop Holmes without fouling him, and so they sent him to the line for a whopping 23 attempts.  Holmes knocked down 20 of those and finished with a game high 32 to lead St. Raphael’s to a hard fought victory 64-61.

Luke Matarazzo – Choate Rosemary Hall (CT):  With his team struggling to shake off the rust from their holiday break, Matarazzo scored 18 points in the first 8 minutes of Choate’s game against Andover.  He finished the game with 29 points and 7 assists.

Justin Green – Northwest Catholic HS (CT):  NWC may have found their second scorer as Justin Green stepped up to score 28 points against St. Paul’s High School on Thursday January 3rd.  If he can continue to put the ball in the basket consistently, he and Chris Prescott could become a dynamic one-two punch.  But that’s not all as Uzoma Orchingwa joins the line-up later this month after being forced to sit out after transferring.

Kyle Stockmal – Watertown HS (MA):  The sharp-shooting guard had 39 points (7 threes) in a 97-74 win over Stoneham on January 4th.  Then he followed it up with a 34 point performance (6 threes) in a 76-64 win over Lexington, who had previously won 43 straight Middlesex League games.  Watertown is undefeated at 9-0.

Francisco Luano – Boston Trinity Academy (MA):  The 6’6” swingman may be one of the best players most fans have never heard of.  This week he scored 19 points and pulled down 20 rebounds to help BTA with a comeback win over Providence Country Day on Saturday, January 5th.

Tyler Patch – Seekonk HS (MA):  The senior guard continues to put up big numbers as he leads the state in scoring.  He recently scored 43 points and pulled down 18 rebounds vs. Fairhaven and 37 points and 17 rebounds against Case.  In his latest game he was moved to the point guard position and delivered his first career triple double scoring 16 points, handing out 13 assists, and pulling down 12 rebounds.

Candon Rusin – Twin Valley HS (VT):  Normally we don’t include players on this list unless they lead their team to a victory but we’re making an exception given the milestone that Candon Rusin hit.  The three-point specialist scored his 1000th point as he poured in 33 in a losing effort to West Rutland 72-65.

Alex Goldrup – Medomak Valley (ME):  It was the story of two different halves as Medomak trailed Maine Central Institute 22-21 at the half.  But behind 23 points and 7 rebounds from Goldrup, Medomak outscored their opponents 31-4 after intermission to earn the easy victory.

James Belcher – Central HS & Dave Storti – Exeter/W. Greenwich (RI):  Belcher and Storti went back and forth in a classic one on one battle last Friday night, finishing with 32 and 33 points respectively.  Ultimately it was Belcher and his Central team that got the last laugh as they held on for a thrilling 90-89 victory.

Anthony Jernigan and Jevon Williams – East Hartford HS (CT):  The Hornets backcourt may be young but they are talented.  In a 80-51 romping of Bristol Central, Williams (sophomore) had 24 as he knocked down 6 of his 9 three-point attempts while Jernigan (freshman) had 20 points and 11 assists.  A few nights later the future met the present as Jernigan went head to head with Tyrone Gardner.  The freshman more than held his own as he scored 31 to Gardner’s 16, while Williams contributed with 16 including four more threes.

Billy Marsden – Central Catholic (MA):  With Adrian Gonzalez limited because of injuries this week, it was Marsden who stepped up to lead the team.  He scored 25 to lead his team over Chelmsford 64-50 and is averaging 24.5 points per game according Scott Hazelton’s Basketball Blog.

Matt Devine – Pembroke HS (MA):  Devine dominated the game in every aspect as he scored 31 points, blocked 10 shots, and had 14 rebounds to lead his Pembroke team to a 64-51 win over Martha’s Vineyard.  Pembroke is now 9-2.

Micheal Akinrola – Woonsocket HS (RI):  Woonsocket was stretched to overtime after Hope connected on a desperation three-pointer at the buzzer.  But Akinrola was instrumental in the extra period as he scored 6 of his game high 25 points.