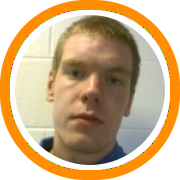 Uche Egesionu – Trinity Catholic HS (MA):  The big man had a BIG game as he absolutely dominated the interior against Matignon, to the tune of 39 points and 18 rebounds.  Trinity Catholic won the game 88-73.

Tommy Deegan – Weymouth HS (MA):  The 6’4” senior swingman led Weymouth to a 2-0 week, scoring 23 in a win over Dedham, and then leading the Wildcats with 28 in a win over perennial league power Newton North.

Brian Clark – Frontier Regional HS (MA):  Clark scored a season high 34 points to lead Frontier to an 80-63 victory over Turner Falls.  Frontier moves to a perfect 9-0 on the season including 7-0 within the Hampshire League.

Julian Colarusso – Catholic Memorial HS (MA):  He came up huge down the stretch to lead his Catholic Memorial team to a 74-72 victory over Catholic Conference rival and defending state champions, Boston College High School.  In addition to scoring 16 of high team high 20 points in the second half, he made three consecutive plays in the game’s final minute to seal the outcome.  On his team’s last offensive possession of the game he found an offensive rebound and converted the put-back while falling out of bounds.  Then on the last possession of the game with BC looking to win the game, he was able to tip a pass and come up with the game deciding steal.

David Daniels – Madison Park HS (MA):  He was single-handedly responsible for almost 50 points as he scored 32 and handed out 11 assists as Madison Park dismantled Fenway 101-56.

Ricky Titus – Archbishop Williams HS & Anthony DiBona – North Cambridge Catholic (MA):  Both players were exceptional in this battle between Catholic Central Conference rivals.  But Titus saved his best for last as he scored 14 of his game high 31 points in double overtime to lead Archbishop Williams to a 99-92 decision.  DiBona finished with 30 to lead the Bishops.

Alex Levine – Weston HS (MA):  The 6’6” sophomore forward was the lone bright spot for his Weston team as they fell to Bedford earlier this week.  Levine had a terrific overall floor game with 18 points, 13 rebounds, 7 blocked shots, and 6 assists.

Kyle Kesses – Choate Rosemary Hall (CT):  With his team down 18 points at halftime to Suffield Academy, Kesses put them on his back for the rest of the way.  He scored a school record 32 points in the second half including 7 three-pointers.  He finished with 38 points and 9 three-pointers on the night.

Jordan Williams – Torrington HS (CT):  The big fella dominated Holy Cross with 34 points and 16 rebounds as Torrington scored what many have referred to as an upset handing HC their first loss of the season.

RJ Evans – Norwich Free Academy & Kevin Donahue – Stonington (CT):  Evans and Donahue went back and forth at each other all night long.  Ultimately, Evans got the better of it as he scored 33 points to lead his team to a 77-65 win.  Donahue finished with 26.

Allan Chaney – New London HS (CT):  A day after hearing that St. Mark’s forward Erik Murphy would be his future teammate at the University of Florida, Chaney put up 30 points to lead New London over Bacon Academy.  New London is 10-0 on the year.

Tyrone Hughes – Taft (CT):  The Boston native had a big week as he scored a season high 29 points, to go along with 5 assists and 4 rebounds to lead Taft to a road victory over Kingswood-Oxford.  Four days later he continued his fine play against Hotchkiss with another 20 point effort to go along with 4 assists.

Mike Massey – Hamden Hall (CT):  The athletic forward put up some big numbers this week while reaching a huge milestone.  He scored the 2000th point of his career against Watkinson in a 34 point, 12 rebound, 6 assist effort.  On Tuesday he had 22 & 12 against Master’s (NY) and Friday 30 & 13 against Hopkins.

Justin Nowell – Brunswick School (CT):  The Bowdoin bound guard had 25 points, 9 rebounds, 4 assists, 4 steals, and 3 blocked shots to lead Brunswick against St. Luke’s and their rowdy home crowd.  Nowell also had the game winning three-point shot that went through the rim as the final buzzer sounded to give his team a 50-48 victory.

Jay Jeanotte – Narragansett HS (RI):  He led all scorers with 23 points to lead his Narragansett team to a dominating win over Westerly.

Ben Drapcho – Moses Brown & Tahj Eddington – Juanita Sanchez (RI):  In a game that went right down to the wire Drapcho and Eddington were the best players on the floor.  Drapcho scored a game high 26 points while Eddington was not far behind with 25.

Alex Murphy – Prout School (RI):  20 point performances are almost becoming the norm for this talented freshman.  It was 23 as Prout defeated Davies 66-42 to go to 6-1 on the season.

Rob Alers – Central Falls HS (RI):  He went off at one point in the second half knocking down four three-pointers within five possessions to lead Central Falls to an 86-58 win over Burrillville after being down by 5 at the half.  Alers finished with 21 points.

Chris Petzy – Exeter HS (NH):  Petzy put up 28 on the scoreboard in what has become the latest in a long line of big performances.  Exeter defeated Merrimack 77-41 to go to 3-2 in class L.

Jared Lambert – Alvirne HS (NH):  He converted on 11 field goals to secure a game high 25 points as Alvirne defeated Timberlane 75-57 to go to 5-1 on the season.

Vytas Kriskus, Alex Francis, and Wouter Van Der Eng – Holderness School (NH):  The Holderness frontcourt had a big week leading the team to a 2-0 record including a win over Proctor Academy.  Kriskus had 21, Van Der Eng 17, and Francis 15 against Proctor.  Two days later it was Kriskus with 22, Francis with 19, and Van Der Eng with 14 as they handled New Hampton’s B team 88-59.

Marco Radovic – Proctor Academy (NH):  Proctor became the only class “B” team to knock off Tilton last week with a 76-65 victory.  Radovic was critical to that outcome as he scored 29 points.

Matt Joslin – North Country Union HS (VT): In one of the best overall performances in the state of Vermont so far this year, Matt Joslin scored 35 points on 13 of 15 shooting from the floor, grabbed 14 rebounds, and handed out 7 assists to lead North Country Union to a surprise victory over Rice 58-54.  Joslin is said to be considering M.I.T., Babson, and Middlebury for next year.

Kevin Labas – Mt. Abraham (VT):  He scored 28 points in a win against Bellows Free Academy – St. Albans, including 16 in the pivotal third quarter.  He also had 32 points and 14 rebounds on the January 3rd against Middlebury.

Sam Leclerc – Winthrop HS (ME):  Leclerc played another well rounded game to lead Winthrop over Carrabec 85-37 to go 10-0 on the season.  The point guard finished with 24 points, but perhaps more importantly got everyone else involved so that five players finished in double figures.

Trevor Higgins – Traip Academy (ME):  Higgins scored a game high 26 points to lead his team to a 65-58 victory over Waynflete to extend their perfect season thus fair with 8 wins and 0 losses.

Ezra Gourley and Simon Elias – Madison Memorial (ME):  The duo led Madison to an 82-74 victory over Monmouth in double overtime.  Gourley finished with 44 points and 10 rebounds while Elias scored 21 points and hauled in 20 rebounds.