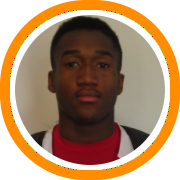 The action may be wrapping up at Super 16 2011 but the courts are still rolling as players are taking advantage of some last-chance opportunities to prove their worth against elite competition to college coaches looking for some late July steals.

RI Hawks 2012 Black 58 NE Storm 57 in a tight game throughout as the Hawks were able to pull out a tough win despite an unbelievable a 26 point performance by Adam Bramanti, who carried the Storm.

NE Playaz 79 Juice All-Stars 49 as the Playaz routed the Juice All-Star thanks to a combined 48 points from Aaron Calixte and Cane Broome.

CBC 65 Raising Champions 60 in a contest where the losing team from New York actually pushed local CBC to raise its game to greater heights, with the usual suspects Kris Dunn, Andre Drummond and Timajh Parker-Rivera showed why they are three of the top prospects in New England.

Metro Boston 66 Lone Wolf 41 in a game in which the kids from Vermont fought hard and showed some signs of developing talent, but Metro simply had too many elite weapons in guys like Dimitry Coronel, Jesse Chukwu and floor general Rony Fernandez.

RI Hawks 2013 Black 70 NE Ballas 58 in a high-octane, get up-and-down affair that featured a mid-second half run from the Ballas but too much shot-making down the stretch for the Hawks.

East Coast Elite 72 Sportsfest 64 in a game where six-eleven big Nate Howard had another big game with 14 points and 15 rebounds.

Rivals 73 Dyckman 59 in a balanced attack from the Rivals highlighted by a 20-point effort from Connor Green.

RI Hawks 2012 Black 70 Raising Champions 68 OT in one of the games of the event, highlighted by the incredible late-game heroics from the Hawks Gunner Bjornson, who eventually hit the go-ahead three near the buzzer in the extra session to give his team the thrilling two-point victory over a talented Raising Champions Club.`

New England Cyclones 59 Bomb Squad 56 as the Cyclones hang on in a hard fought win over a local New England rival behind Cesar Mejia and Derryck Kilgore.

New England Playaz 82 CBC 68 as the Playaz completed a big day in the u16 division behind another starring performance from their backcourt duo.

Juice All-Stars 67 Expressions Elite 64 as one of New York’s premier u16 team’s survived despite a late run that saw Expressions cut a double digit deficit to a one possession game.

Drive4Stardum 68 Aim High 62 as D4S scores a mini-upset over Aim High and Kuran Iverson.  Four players scored in double figures for the victors.

Andre Drummond (CBC)- After a lackluster first game earlier in the day, Drummond came to life in CBC’s evening contest against a scrappy Raising Champions squad, rebounding in high volume and turning away shots at the rim with unmatched extension, running with energy to the center of the rim for transition dunks, and even showing a little perimeter flare with a corner three from right in front of his opponent’s bench.

Timajh Parker-Rivera (CBC)- When CBC is firing on all cylinders, its often not because of their trademark studs Dunn or Drummond, but rather Parker-Rivera, who gives them an added dimension of a six-foot-eight hybrid forward who can finish in transition above the rim, cause havoc defensively with his length, and do damage on the offensive glass with quick lift-off around the rim.

Cavon Baker (Raising Champions)- An elite level athlete with dynamic speed and terrific change-of-pace, change-of-direction in tight space, Baker is a fearless driver who can finish over size, and, in one case against CBC, executed the rare feat of going chest to chest with Drummond at the rim and scoring over the imposing six-foot-ten center. Baker also threw down a Spud Webbish two-hand bang off a lob in transition in which his elbows appeared to scratch the rim, on the way down.

Adam Bramanti (NE Storm)- Bramanti made tough shot after tough shot with defenders draped all over him to the tune of 26 points in a one-point loss to the RI Hawks. Bramanti ran the show for the Storm, controlling the pace of the game, and hitting several daggers. Without a doubt, he delivered one of the top performances of the day.

Erik Sanders (RI Hawks)- Using his athleticism and explosiveness, Sanders got to the rim off the dribble on countless occasions. He delivered a team-high 13 points in the Hawks’ exciting victory over the Storm.

Henry Pendergast (RI Hawks)- A consummate winner, Pendergast locked up Adam Bramanti during the final possessions of the game to seal the victory for the Hawks. Pendergast impacted the game with his hustle, intelligence, and on-ball defense, even though he did not have his best scoring game.

Aaron Calixte and Cane Broome (NE Playaz)- A dynamic scoring guard, Calixte dropped 24 points in a blowout victory over the Juice All-Stars. He and Broome formed a devastating backcourt tandem for the Playaz. Broome added 24 of his own on fast break lay-ups, threes, and floaters.  It was more of the same in the nightcap as the guards combined for over 50 points.

Jake Fay (NE Ballas)- Fay continues the process of turning his upside into his current game productivity, as the one-time shooter is now becoming more of a scorer by using his deep three-point range to create hard close-outs and attack them with direct drives and crossover rips into a balanced mid-range pull-up.

Dimitri Lewis (NE Ballas)- An undersized, but electric lead guard who fearlessly attacks the rim and will only continue to improve as he learns how to harness his supreme quickness and change of direction ability off the bounce.

Harrison Taggart (RI Hawks)- The six-foot-five small forward showcased the fluid stroke from three he’s known for, but more impressively, he continues to prove a willingness to use his strong frame and length to mix it up on the interior, battle on the glass, and score with toughness around the rim.

Jesse Chuku (Metro Boston)- With noticeable muscle added to his bouncy, extra-long six-foot-eight frame, Chukwu continues to prove his case as one of the biggest local stock risers of the July Live Period.  Constantly active on the glass, he runs with ease in transition and, in addition to knocking down a pair of smooth face-up jumpers out to 18-feet in Metro’s evening win over Lone Wolf, Chukwu is starting to assert himself with an apparent mean stroke reflective of an understanding of how good he could actually become.

Rony Fernandez (Metro Boston)- With his trademark, throwback feel on full display against Lone Wolf, Fernandez is especially adept at threading the needle to cutters in the secondary flow, using a variety of off-the-hip, no-look feeds that regularly wouldn’t be considered high-percentage, but, with his precision, are often too pretty and effective to argue against.

Dimitry Coronel (Metro Boston)- Out of the several elite athletes Metro had flying on all cylinders against Lone Wolf, Coronel may have been the most impressive, as the Tabor Academy-product got whatever he wanted in aggressive assaults to the rim and a series of high-rising run outs in transition.

Nate Howard (ECE CT)- The six-foot-eleven big from Cheshire showed soft hands and an emerging offensive skill-set against Sportsfest, but had his best moment when he got the early evening crowd out of its seats with a dunk off a dump-down directly over an opposing defender.

Sam Donahue (RI Hawks)- The six-foot guard opened the Hawk’s evening game with Raising Champions on fire from distance, connecting on three long-range jumpers with a quick release over an outstretched hand.  In addition to his lethal ability from behind the line, he continued to show a solid playmaking feel and understanding of how to use his own offense to create good looks for others.

Tom Rivard (RI Hawks)- Rivard is a fundamental, inside-out big in need of some muscle but who showed impressive toughness against Raising Champions through his willingness to attack the offensive glass through contact and finish with a mean streak or get to the free-throw line.

Chad Copeland (Lone Wolf)- Just returning from injury, Copeland put together a gutsy performance showing a nice combination of inside out skills and proving to be a true mismatch problem.

Gunner Bjornson (RI Hawks)- Bjornson was impossibly huge down the stretch for the Hawks in their thrilling OT victory over Raising Champions, raising up and firing from deep NBA range on several occasions, including for the go-ahead three in OT, to give his team a two-point victory.

Connor Green (Rivals)- A solid step out four, Green blew up for six threes and 20 points in the Rivals late-night victory over Dyckman.

Tyler Huffman (Aim High)- One of the biggest bright spots for Aim High, Huffman was solidly in double figures behind a handful of tough jumpers and drives.  He can make shots off the catch or the dribble and is deceptively quick with his dribble.

Jared Terrell (Expressions)- A man among boys in the backcourt, Terrell’s body is on another level while his game continues to add new dimensions.  He ran the show from the point, showed an improved pull-up game, all while continuing to go right through contact to make plays at the rim.